Kohli felt conceding a big lead after a solid first-innings total hurt the morale of the English batsmen. 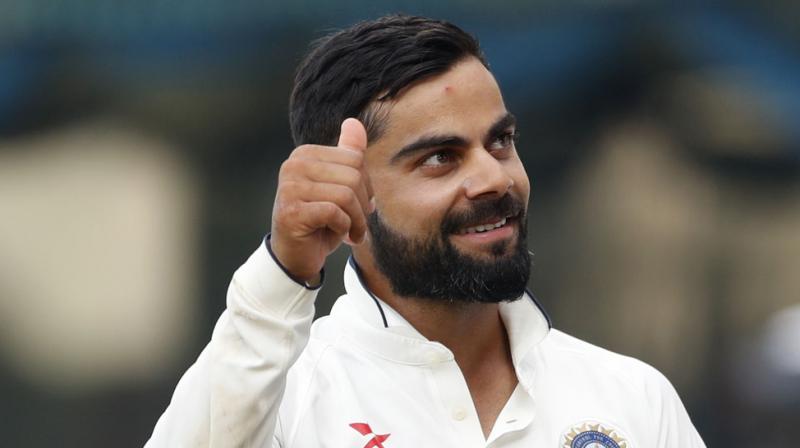 Skipper Virat Kohli was all praises for India’s attitude as they went on to win the five-match Test series against England. (Photo: AP)

Chennai: More than the series win it was the nature of the victories that pleased India captain Virat Kohli most after his side completed a 4-0 triumph over England with another comprehensive victory in the final match on Tuesday.

Left-arm spinner Ravindra Jadeja bowled India to an innings and 75-run victory at the MA Chidambaram Stadium, claiming seven of the 10 English wickets that tumbled in the final two sessions.

India, the world's top-ranked Test side, have often been accused of bullying visiting opponents on pitches tailor-made for their spinners.

But the surfaces during the series against England have been deemed fair by critics and Kohli lost four of the five tosses.

The touring side scored 400 and 477 in their first innings in Mumbai and Chennai respectively but lost on both occasions by over an innings.

"We were up against big totals, we ended up winning by an innings both times we conceded 400 in the last two games.

"That doesn't happen too much in Test cricket, especially with a side that's not that experienced. So it speaks volumes of the belief that we have in the change room."

India lost fast bowler Mohammed Shami and vice-captain Ajinkya Rahane to injuries during the series while a few other first-choice players were also ruled out with knocks at various points.

But the replacements proved more than capable with Karun Nair scoring an unbeaten 303 to guide India to a record total of 759 for seven in the final Test.

Kohli felt conceding a big lead after a solid first-innings total hurt the morale of the English batsmen. The touring side were 103 for no loss but lost all 10 of their wickets in the last two sessions.

"It's always a tricky position when you have scored 477 and then you concede a lead of 281. Mentally and psychologically it's always a dent on the opposition," Kohli said.

"We understood that once we get a couple of wickets, it's gonna be a downslide pretty quick. Because they don't want to be in a position after getting so many runs that they can lose a Test match.

"Especially on a wicket that wasn't offering much to the bowlers. And Jadeja came and did the job in both the innings... The intensity was top class."