Lifeline or marketing strategy as Yuvraj gets picked by Mumbai. 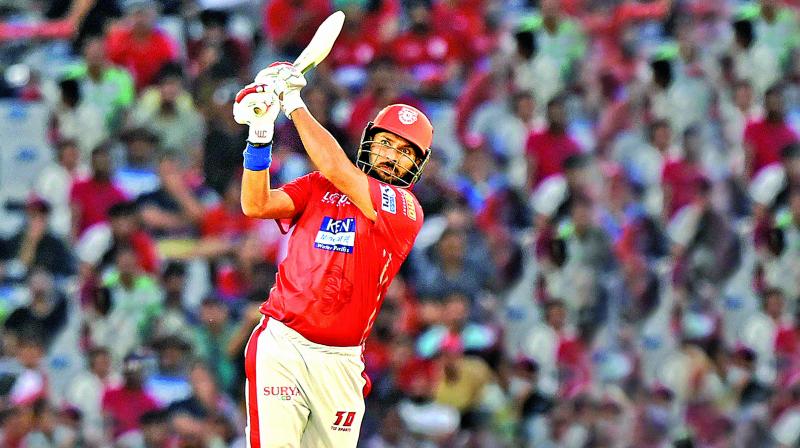 Mumbai Indians have thrown a lifeline to stalwart Yuvraj Singh who was facing major embarrassment of almost going unsold at the IPL auctions. Once the most-sought after name at the auctions, the ageing Yuvraj’s form has declined sharply and so too his IPL value over the years. Yuvraj, who had raked in Rs 14cr and Rs 16 cr in 2014 and Rs 15 respectively, has been sold at his base price for the last two seasons. And Mumbai will be his sixth different IPL home!

IPL auctions are no charity and the franchisees owners mean business in every purchase. So why did Mumbai invest `1crore in Yuvraj, who scored a meagre 65 runs in eight matches at a lacklustre strike-rate of 89 last season?

While Mumbai owner Akash Ambani called it a “steal”, a franchisee official from south says it could be a marketing strategy. “Yuvraj is 37 and he is not the same player who used to whack sixes at will. However, he has a legion of fans who are very loyal to him. They are still hoping to see him in India colours! It’s not certain Yuvraj will add muscle to the side, but he can definitely add to Mumbai’s brand value,” added the official.

When Yuvraj was released by Kings XI Punjab after a disastrous season, his fans wanted Chennai Super Kings to snap him up for a reunion with his friend M.S. Dhoni. But CSK showed no interest in Yuvraj at the auction table.

Mumbai are known as ‘Real Madrid of cricket’ for their penchant for buying stars and signing up big names as support staff. And Yuvraj could double up as one of their mentors in the ever-growing list.

Post-auction, Akash tried justifying their selection. “I don’t think we are saving his career in any form. We always wanted him, but never had the opportunity and pursue. Our objective was to pick players with experience. Not just for names, we have identified some specific role for him. We are looking at Rohit Sharma to open the innings and Yuvraj will give the balance to the middle order,” added Akash.

It’s also rumoured that Sachin Tendulkar had a hand in prolonging Yuvraj’s IPL career by making a frantic phone call to the Ambanis during the auction break. Sachin and Yuvraj have always been known to share a great bonhomie. Yuvraj made his respect for Sachin public when he touched the legend’s feet at Lord’s during an exhibition match. And before the 2011 World Cup, Yuvraj had proclaimed why he was desperate to win the Cup for Sachin. And the Master Blaster, for his part, went all the way to London to meet Yuvraj after he was recovering from cancer treatment.