Sports   Cricket  20 Dec 2019  CAC to be formed in next couple of days to appoint selectors: BCCI president Ganguly
Sports, Cricket

CAC to be formed in next couple of days to appoint selectors: BCCI president Ganguly

CAC to be formed in next couple of days to appoint selectors: BCCI president Ganguly 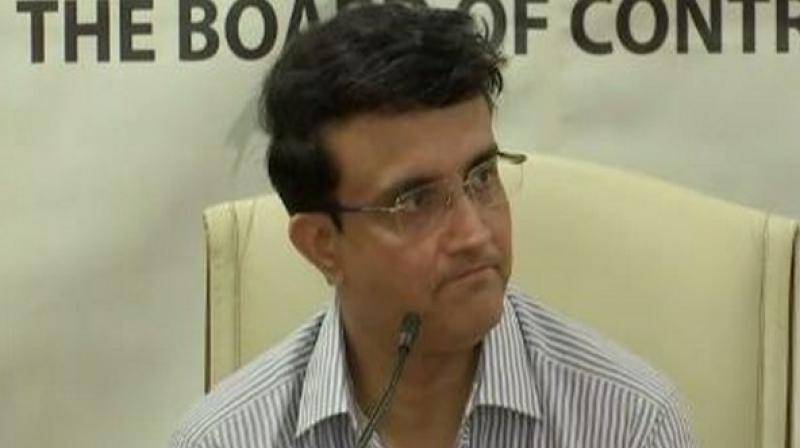 BCCI President Sourav Ganguly on Friday said that a Cricket Advisory Committee (CAC) will be formed in the next couple of days to announce the new selection panel on a three-year tenure. (Photo: ANI)

Kolkata: BCCI President Sourav Ganguly on Friday said that a Cricket Advisory Committee (CAC) will be formed in the next couple of days to announce the new selection panel on a three-year tenure.

Ganguly said the CAC will be appointed only for one meeting to decide the selectors as the appointment of the men's head coach has already been done by the previous panel led by former captain Kapil Dev.

"The CAC will be appointed in a couple of days. It will only be for one meeting to appoint the selectors as the head coach has already been picked," Ganguly said on the sidelines of fantasy sports site 'My11Circle', of which he is a brand ambassador.

The tenure of the current selection panel head MSK Prasad has ended along with one another member, Gagan Khoda. Jatin Paranjpe, Sarandeep Singh and Devang Gandhi still have one year left in their tenure but there is speculation that they are unlikely to be retained.

The CAC's appointment has been a major point of contention because of conflict of interest issues.

Stalwarts like Sachin Tendulkar, VVS Laxman and even Kapil were accused of conflict of interest, prompting them to resign after being summoned by the BCCI Ethics Officer.

Ganguly, after taking charge as BCCI President in October, admitted that accomplished cricketers were reluctant to take up positions in the CAC as they are apprehensive about being dragged into conflict of interest controversies.

Among other issues, Ganguly also spoke about the IPL auction where Australian fast bowler Pat Cummins was bought by Kolkata Knight Riders for Rs 15.50 crore, making him the most expensive foreign buy ever in IPL history.

Ganguly didn't agree that the price was too high for the Australian vice-captain.

"It has a lot to do with the demand. Especially these small auctions bringing players in go after go. Ben Stokes became a part of this small auction and that's why his value went through the roof (Rs 14.50 crore)," Ganguly said.

"KKR on this hard, green pitch at Eden where there are pace and bounce for the fast bowlers. I think there was a competition between Delhi Capitals and KKR till the last, and Delhi Capitals gave up after a certain point (Rs 15 crore). So, I think it's about supply and demand all the time," he opined.

Ganguly also picked his Fantasy XI side in which Indian skipper Virat Kohli was there along with Rohit Sharma and Aussie left-hander David Warner as the opening combination. Rishabh Pant was his preferred wicketkeeper.

The 'Maharaja', however, kept the captain's position for himself.

"I would like to captain and coach the team and if required I would not mind batting," he quipped.