In the recent few weeks, SA cricket has gone through major transitions and few former players have been assigned the key roles in the side. 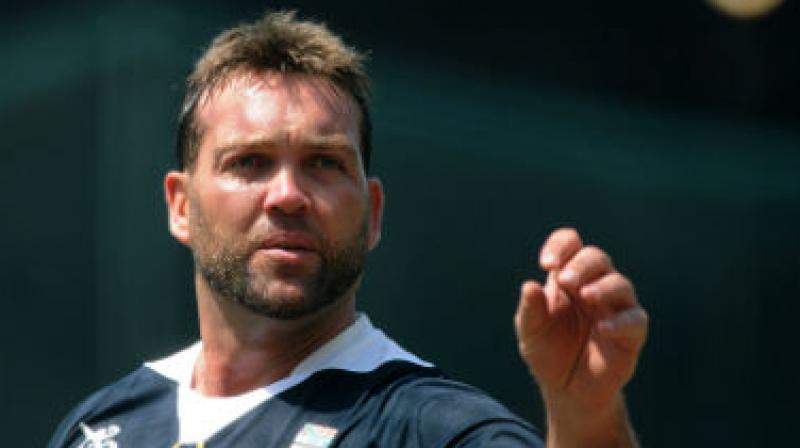 South Africa pacer Kagiso Rabada has hailed the appointment of Jacques Kallis as the batting coach of the side and went on to call him as a 'great' of the game. (Photo: AFP)

Dubai: South Africa pacer Kagiso Rabada has hailed the appointment of Jacques Kallis as the batting coach of the side and went on to call him as a 'great' of the game.

In the recent few weeks, South Africa cricket has gone through major transitions and few former players have been assigned the key roles in the side.

Apart from Kallis, Mark Boucher was appointed as the coach of the side while Charl Langeveldt has been given the reins of bowling.

"It is amazing to have someone like Jacques Kallis in. He is a great of the game. So is Mark Boucher. It is also great to have Charl Langeveldt back. I really enjoy working with him. They know what they are talking about. They played at this level for a very long time," International Cricket Council (ICC) quoted Rabada as saying.

"Everything is well-drilled and well-oiled. There's no hesitation. They have a plan, they're really decisive on what needs to happen. But at the same time, it's not very strict. There's an expectation on every player to do the minimum of what is required, and the rest is up to you. You can liberate yourself," he added.

South Africa will next take on England in the four-match series, and prior to the matches, Rabada said that he is not too flustered with the team's position in the World Test Championship (WTC) standings.

The Proteas had lost the Test series against India 3-0 and as a result, they are currently at the bottom of the table.

"The WTC can put unnecessary pressure on us right now," he said. "We should not really be looking at that. Yes, we do not have any points and it does look bad. But if we can focus on what we want to do that should look after itself," Rabada said.

"We had not been thinking about it, but when you mention it and you think about where we are on that table, it can get you into the mindset where you need to catch up. But at the moment we need to focus on the product and the by-product will look after itself," he added.

South Africa will take on England in the first Test, from December 26.