In the auction, spinner Chawla was bought by CSK for INR 6.75 crore. 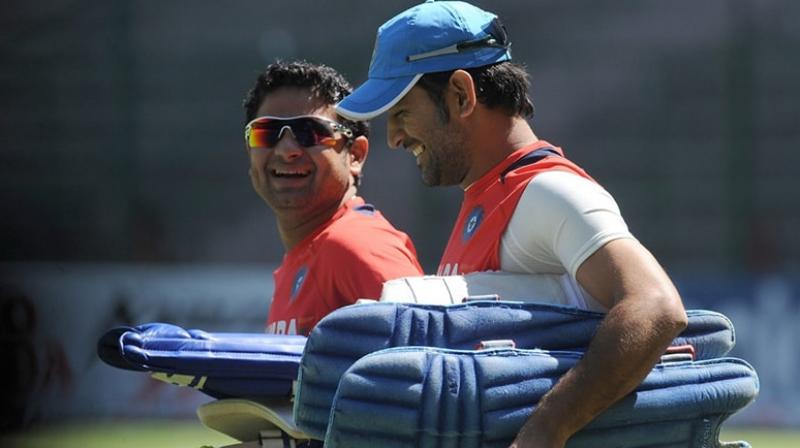 After buying spinner Piyush Chawla in the ongoing Indian Premier League (IPL) player auction, Chennai Super Kings (CSK) coach Stephen Fleming on Thursday said that the skipper of the side MS Dhoni shares a good relationship with the spinner. (Photo:AFP)

In the auction, spinner Chawla was bought by CSK for INR 6.75 crore.

"We rate him very highly. The captain has a great relationship with him. He is a quality leg-spinner and he is very different from Karn Sharma. We have a balanced side, we have always favoured spin. Our home ground is very spin dominant," Fleming told reporters.

The side also managed to bag Australia pacer, Josh Hazelwood, for INR 2 crore. The coach said that he would give much-needed support to South Africa quickie Lungi Ngidi.

"Hazelwood will add firepower to our squad. Adding him with Lungi Ngidi gives us great stability. We are pretty happy with our playing group," Fleming said.

In the auction, England all-rounder Sam Curran was seen in great demand and in the end, he also went to CSK for INR 5.5 crore.

CSK also was looking to buy Pat Cummins, but in the end, he was bought by Kolkata Knight Riders (KKR) for a whopping INR 15.5 crore.

"Cummins was the one that most people identified. We did not have much money so we had to be smart. Sam Curran was the one we liked. He has played against us in the past, he fits in nicely with Bravo and we are very lucky to get him," Fleming said.