Sparring with journalists was clearly unedifying

But if this ploy had not yielded results, questions about Rahane are not illogical from the media’s — and fans — perspective. 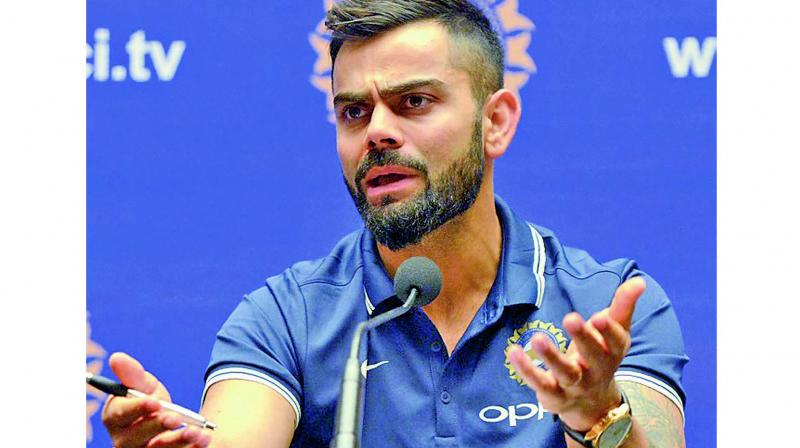 There were two aspects to Virat Kohli’s press conference after the second Test — and series — against South Africa had been lost: one unsavoury, the other admirable.

Sparring with journalists was clearly unedifying. But to his credit, Kohli did not make excuses for India’s dismal performances. He didn’t blame the pitch or lack of time to acclimatise and took the disappointing result on the chin.

As captain of India and somebody who’s played a lot of international cricket, Kohli should know that when the team loses, searching, even uncomfortable questions will be asked. That is the nature of the transaction between the media and the performer.

These questions can seem provocative — even taunting — when you are wallowing in disappointment and want to hurry back and do your post-mortem in private or the dressing room. But the captain has to brace up to such situations.

For instance, not playing Ajinkya Rahane despite his impressive record overseas was not illogical. Stats from four-five years back do not guarantee success in the present. The choice to play man-in-form Rohit Sharma was not unfounded.

But if this ploy had not yielded results, questions about Rahane are not illogical from the media’s — and fans — perspective. This is not an affront to the team management’s authority, rather an attempt to put together a cohesive story for dissemination.

Having not lost a single series before this, Kohli obviously found himself in a highly unusual space. There’s a learning to be had from this. That said, it was commendable that he didn’t end up with making peevish excuses for the defeats.

In both Tests, the pitch had been spicy or dicey. India had also gone into the series without a practice match. But Kohli didn’t offer these as reasons for the setback. This shows candid acceptance that India lost because of their own shortcomings.

He was obviously unhappy about the lack of time to acclimatise before the Tests began, having expressed this when a home series against Sri Lanka instead had been thrust on the team. Hopefully India’s cricket administrators will bear this in mind.

Yet Kohli still believed South Africa could be beaten. The fact that he had a strong and varied bowling attack — with a varied pace arsenal — at his command succoured this belief in most quarters.

By the end of the second Test, Kohli knew a fantastic chance to win the series had been lost: and the problem was not the difficult pitches or weather conditions, but the failure of the batsmen to live up to expectations.

The bowlers have been splendid in taking 40 wickets in two Tests, a rare occurrence when India are playing overseas. But the batsmen failed abjectly to rustle up even modest scores.

Take away Kohli’s masterly 153 at Centurion and Hardik Pandya’s swashbuckling 93 at Cape Town, there is not even a another half century by an India batsman, which shows how poorly they’ve batted.

Kohli appreciates that this series has put tremendous onus on batsmen on both sides. Leave aside the India captain and AB de Villiers, who looked like they were from a different planet, all have floundered.

The difference between batsmen of the two teams has not been so much about technique as about tenacity: the mental toughness to adjust, cope and somehow survive as the innings played by Faf du Plessis and Dean Elgar reveal.

From the outside, India’s batting approach seemed dictated by a script prepared in advance — to dominate the South African bowlers — rather than adapt to the situation as it unraveled.

Anxiousness to tame the opposition led to repeated mistakes best exemplified by Cheteshwar Pujara running himself out in both innings of the second Test, and the loose strokes which led to the dismissals of Vijay, Rahul, Dhawan, Rohit.

The line dividing bravado from recklessness is thin, and India’s batsmen have toppled over to the wrong side with disastrous consequences, belying the expectations of millions of fans apart from themselves.

Now, Kohli & Co are confronted with the daunting task of preventing a whitewash, which would suggest a bad team when in fact it is a good team team that played badly.