RCB, not surprisingly, were the second biggest spenders with Rs 15.4 crore with KKR just behind them on Rs 14.4 crore. 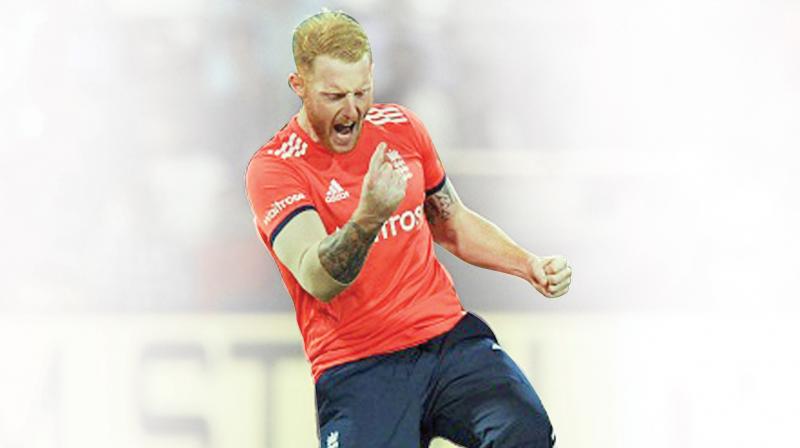 Bengaluru: Ben Stokes will be whistling his way to the bank this summer as the English all-rounder became the most expensive overseas player of all time in the Indian Premier League.

During the auction ahead of the 10th edition of the franchise-based tournament here on Monday, England all-rounder Stokes was roped in by Rising Pune Supergiants for a mind-boggling Rs 14.5 crores.

Stokes, set to play his maiden IPL, had bidders even before the process started with Royal Challengers Bangalore and Mumbai Indians waiting eagerly with the batons raised. RCB pulled out of the race when the price soared to Rs 4.2 crores but Delhi Daredevils took up the challenge. At Rs 10.5 crore, Sunrisers Hyderabad entered the picture in place of Mumbai but no one could match the ambition of Pune as they swooped in and got their man for a hefty price.

Joining his compatriot for his visit to the bank will be Tymal Mills as the pacer was snared by Royal Challengers for a whopping Rs 12 crore. The T20 specialist bowler’s strategy of setting his base price to Rs 50 lakh to attract bids worked perfectly.

Desperately needing a strike bowler to replace the mercurial Mitchell Starc, RCB entered the bid at Rs 7.5 crore and proceeded to power their way past MI and Kolkata Knight Riders to clinch their man for Rs 12 crore. A whopping 24 times his asking price.

Jason Roy (Rs 1cr. to Gujarat Lions) and Nathan Coulter-Nile (Rs 3.5 cr to KKR) found their suitors in the afternoon when they were recalled by the franchises.

Pune were the biggest spenders on the day as they used almost the entire budget, spending Rs 17.2 crore on nine players. Gujarat Lions, meanwhile, was at the other end of the spectrum with just Rs Rs 3.85 crore spent off their Rs 14.35 kitty on 11 players.

RCB, not surprisingly, were the second biggest spenders with Rs 15.4 crore with KKR just behind them on Rs 14.4 crore.