The referee had to book four players in the barren first half as both sides resorted to some rough play. 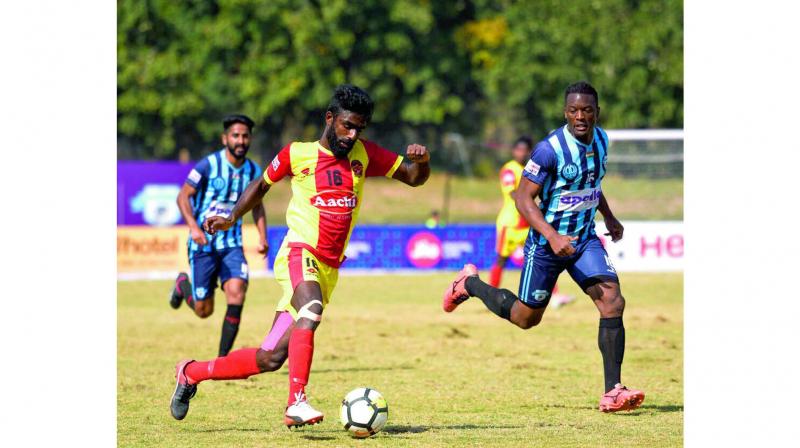 New Delhi: Gokulam Kerala FC continued their giant-killing run as they stunned title aspirants and hosts Minerva Punjab 1-0 in an I-League match in Panchkula on Tuesday.

Gokulam have now beaten Mohun Bagan, East Bengal and Minerva in successive matches to be sixth with 19 points from 15 matches.

Minerva stayed second with 29 after 15 outings.

Gokulam showed their intent in the first minute itself through their attacking trio of Kivi Zhimomi, Kisekka and Salman K..

William Opoku Asiedo responded for Minerva but his powerful shot was blocked. Minerva were sloppy in first half as they failed to keep ball possession.

The referee had to book four players in the barren first half as both sides resorted to some rough play.

The hosts tried to control the game after the break but constant injuries to Gokulam players disrupted their flow.

The injury breaks helped Gokulam to organise themselves well.

They were penetrative in attack, keeping the Minerva defence on its toes. Golukam went ahead when Kisekka’s header rebounded off the crossbar only for the Ugandan to redirect the ball into the net with a prompt bicycle kick.

Minerva went all out in the remaining quarter of the match but failed to convert chances with William’s effort narrowly going wide in the 89th minute.