No stopping this Lad

Lad has scored five centuries this season out of which two came in the Ranji Trophy and three in Vijay Hazare. 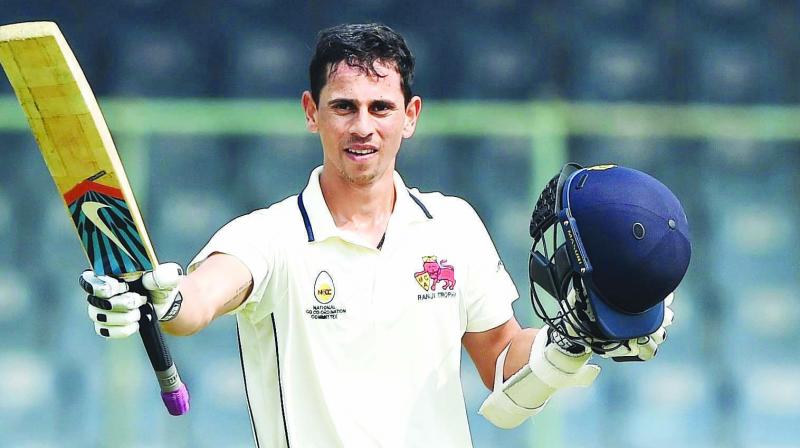 He took the crease in the 10th over in a Vijay Hazare Trophy match when Mumbai was chasing 345 against Andhra in the last Group C fixture. In order to finish first in the group, the Mumbai side had to win the game. Siddhesh Lad who has been the top scorer for the team this domestic season, saw wickets falling on the other end like many other matches this season.

Lad registered his third century (118) in the limited overs tournament against Andhra but his strutting feat was not enough to cross the finish line. In the 44th over, Lad was the seventh batsman to depart for Mumbai sinking the hopes of a victory. “A hundred is useless if your team loses,” something that he could say for his tons where he stood through the crisis.

“Individually, this has been my best season so far, but the team has not achieved anything and that is something that I don’t feel good about. We have entered the knockout stages of the Vijay Hazare and if we win that, I will be satisfied,” he says after returning home from a hectic week in Chennai.

Lad has scored five centuries this season out of which two came in the Ranji Trophy and three in Vijay Hazare. He has scored 1291 runs this season in all competitions, making him the top scorer for Mumbai.

Lad took the number three position in the batting order after Shreyas Lad was unavailable due to national duty. Lad says top order is where he wants to play.

“I generally play the second new ball in my original batting position. Shreyas was not here so I played at number three. For a fact, I know that playing at six or seven will not take me to the national side because my strength is batting and to showcase that, I have to play in the top or the middle order,” he says.

Once the domestic season is over, Lad will not leave the city as he has been retained by Mumbai Indians for the Indian Premier League. From Suresh Raina to Axar Patel, the commercial league has helped numerous cricketers grab the selectors’ eyeballs.

For Lad, who is eyeing a national team call-up, IPL is his final test to make things happen. He has been a part of the MI squad before but has never got a chance. But after such class acts this season in domestic cricket, Lad stands a very good chance of making an appearance and proving his mettle. “One good inning in the IPL is as good as three good ones in Ranji. My only aim is to perform whenever I get a chance,” he says.

“It is, of course, frustrating to not make it to the national side or even India A, but I know there are many other players who are going through the same,” says the skinny middle-order batsman.

Mumbai will lock horns with Maharashtra on February 21 in the quarter final of the tournament in Delhi. Lad will play a crucial role in taking the team farther in the tournament.