No individual has been the hero for KKR in their journey so far, with every player backing each other for to hel the team’s cause. 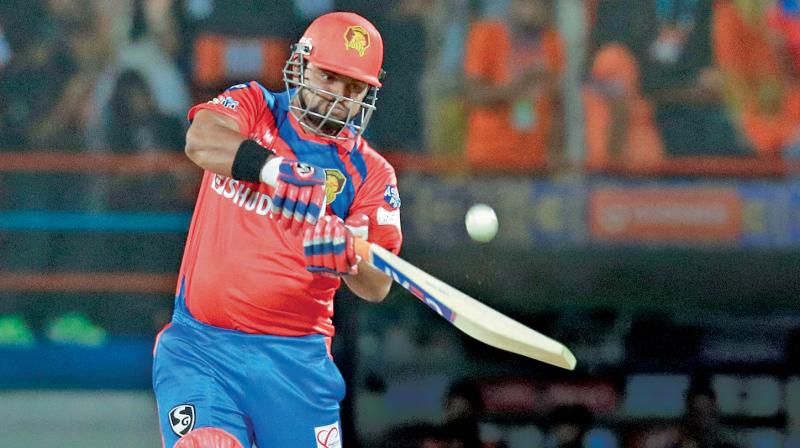 Kolkata: High on confidence following a hat-trick of victories, two-time champions Kolkata Knight Riders would look to continue their winning streak when they face struggling Gujarat Lions in a battle between the top and bottom-placed teams of the ongoing IPL, here on Friday.

With two home and two away wins from five matches, in-form KKR are on a roll, a contrast to the campaign of Gujarat who finished the league stages on top last season but are yet to find their rhythm this year with just one victory out of five.

No individual has been the hero for KKR in their journey so far, with every player backing each other for to hel the team’s cause. That has not only helped them overcome hurdles but played a key role in their smooth campaign so far.

But for the Suresh Raina-led Gujarat Lions, nothing has gone right, be it their batting or bowling, especially the spin department which has let down the team badly.

Struggling to find a set opening pair in the absence of the injured Chris Lynn, KKR for once had a disastrous start in their chase of 170 in Delhi as they were reduced to 21/3 inside three overs.

Any other team would have succumbed under pressure but not KKR, who put up a 110-run fourth wicket stand between Manish Pandey (69 not out, 47 b) and Yusuf Pathan (59 , 36b) to set up their four-wicket win.

Pandey has been in the form of his life as he struck a second unbeaten half-century of the season to seal the chase, finishing off the game with a six.

After spending a three-day welcome break, KKR now would be back to relish Eden’s home comfort in two successive matches in three days time, including a marquee Sunday showdown against the Virat Kohli-led star-studded Royal Challengers Bangalore.

With the team gelling well and enjoying a winning momentum, there may not be any need to tinker KKR’s line-up. But in hindsight, it is perplexing to see star Bangladeshi all-rounder Shakib-Al-Hasan warming the bench.

Andre Russell’s replacement Colin de Grandhomme has failed to make much impact in three games and Shakib may be a better overseas option for skipper Gautam Gambhir.

Their smooth campaign so far, notwithstanding, KKR would be worried about the form of Suryakumar Yadav, who has failed to deliver with the bat.