Dale Steyn’s return to Bengaluru as a replacement for the injured Nathan Coulter-Nile is a welcome boost for RCB. 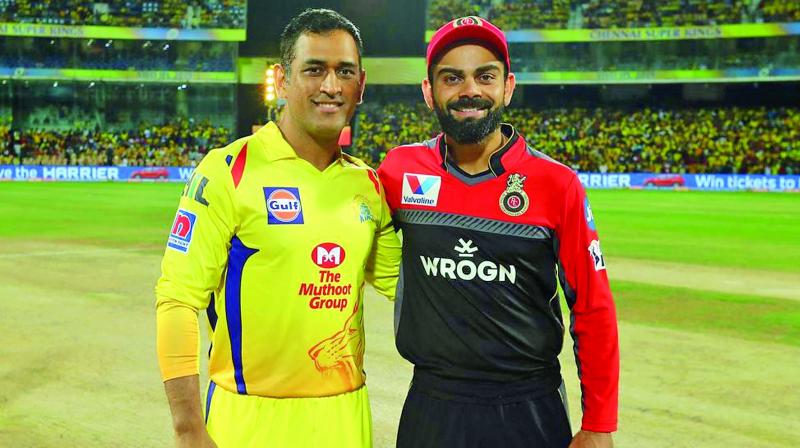 Bengaluru: MS Dhoni’s Chennai Super Kings will look to seal qualification for the playoffs in their fixture against a Virat Kohli-led Royal Challengers Bangalore in a crunch match here on Sunday.

CSK and RCB are currently on two extreme ends of the table, the former taking 14 points from 9 fixtures and the latter managing a mere 4 points from nine outings. Dhoni’s men could possibly attain guaranteed qualification for the next phase of the tournament with a win against RCB with four games to spare.

RCB have only registered two wins this season, the second of which came on Friday in a high-profile clash against Kolkata Knight Riders at the Eden Gardens.

Andre Russell and Nitish Rana almost pulled off a miracle for KKR at a stage when they required 113 off the last 6 overs. RCB’s narrow 10-run win with a target of 214 further highlights their bowling worries as the bowling unit has failed to deliver on a number of occasions.

Dale Steyn’s return to Bengaluru as a replacement for the injured Nathan Coulter-Nile is a welcome boost for RCB.

The experienced pacer will look to add some substance to an underwhelming bowling unit with the exception of Indian leg spinner Yuzvendra Chahal. The South African marked his return to his former franchise with two crucial wickets of Chris Lynn and Shubhman Gill.

Every game from this point is as crucial as a playoff for the home team. They could, in theory, still reach 14 points - a figure that has on certain occasions has been enough to reach the next phase.

Chennai contrastingly faced just their second defeat of the season on Wednesday as the ever-present MS Dhoni missed a game for the first time since 2010. SRH’s excellent bowling line up restricted CSK to a miserly 132 in 20 overs and chased it down with ease.

Dhoni will in all likelihood recover from the back spasm that kept him out of their last game, according to CSK vice-captain Suresh Raina.

An in-form Kohli, fresh from scoring fifth IPL century, will look continue his purple patch. The return leg of the southern derby promises an exciting contest.