Aamir kept me in the loop on quitting Test cricket: Mickey Arthur 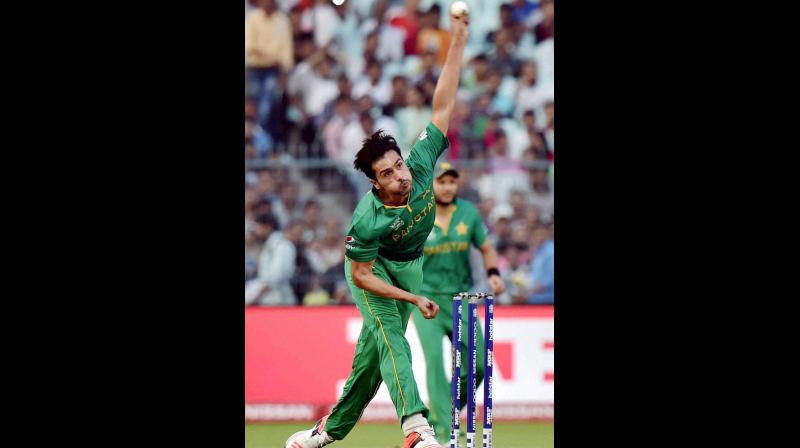 Karachi: Former Pakistan coach Mickey Arthur says Mohammad Aamir has kept him "in the loop" on his plans to quit Test cricket, an abrupt decision that attracted massive criticism from the country's stunned cricket fraternity.

Aamir had left Test cricket last July, the move leading to speculations that the 27-year old pacer may be ignored when the squad is picked for the T20 World Cup, scheduled to be held in Australia later this year.

"Aamir spoke to me about it and he kept me in the loop on his decision. We discussed it many times. But maybe I was too hard on him playing him in every Test I could. I could see he was losing his hunger for Test cricket and his body was not able to handle the pressure of three formats."

"Aamir is a top class bowler and a match-winner. I love to watch him bowl. But by deciding to leave Test cricket I think he has given himself a chance of extending his white ball career," Arthur said.

Should be in World Cup team

He warned that leaving Aamir out of the T20 World Cup could prove to be detrimental for the team.

"I wouldn't imagine Pakistan going to the World T20 without Aamir. He is a match-winner. If you leave him out of the fray you potentially are sacrificing chances of winning the tournament," Arthur said in an interview on a YouTube cricket channel.

He didn't agree that Aamir and Wahab Riaz had let the team down by abruptly retiring from red ball cricket.

About Wahab he said the experienced bowler had also taken the right decision.

Arthur and his support staff were released by the Pakistan Cricket Board after the World Cup on the recommendations of the PCB's cricket committee which included Wasim Akram and Misbah.

No rift between him and Inzy

Arthur also dismissed reports that he and former chief selector, Inzamam-ul-Haq, didn't get along. "We had a very good working relationship and they were no major rifts between us."

Arthur described coaching the Pakistan team as a fulfilling period of his career.

He said the only way forward for Pakistan cricket was to rely on the group of young players he had spotted during his tenure.

"Pakistan has some wonderful young players, Fakhar Zaman, Imam ul Haq, Haris Sohail, Shaheen Shah Afridi, Shadab Khan, Faheem Ashraf and of course Babar Azam. I think this is the core of players Misbah should depend on to carry Pakistan cricket forward."