Cricket, however, accepted change to become a very modern and colourful version in what was billed as the “Greatest show on turf”. 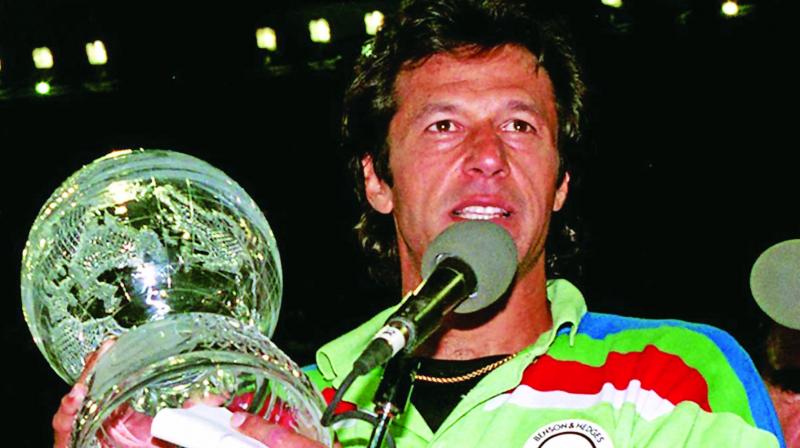 The modern cricket revolution caught up with the World Cup only in 1992 when colour clothes and white ball were introduced, besides quality telecasting by Channel Nine. Each team played the other eight, including South Africa, in cities right across Australia and New Zealand, with the top four qualifying to the semi-finals. An intense final won by Imran Khan’s Pakistan was the icing on the cake of a colourful competition. “Fight like cornered tigers,” Imran told his lads after a lucky washout against England saw them crawl into the last four after losing a number of matches in a diffident start.

This was also the first World Cup in which India and Pakistan met — at the Sydney Cricket Ground. India’s dominance over their neighbour was to begin here but we were not to know it then. The game was won by contributions from a young player named Sachin Tendulkar who shone with bat and ball. This was the first major test for the prodigy as a limited-overs player and he came through with flying colours. But the campaign itself proved disastrous as India lost too many other games to not even be in contention for any of the four knockout spots.

New Zealand set the pace in the league with a new dynamism as in Mark Gratbatch stepping down the pitch repeatedly to hit the fast bowlers in the first World Cup with extreme field restrictions in the early overs. Martin Crowe’s astute captaincy as in a propensity to open the bowling at one end with a spinner and use all bowers in short spells brought new thinking to ODI cricket.

It was Pakistan’s discovery of exciting new talent in Inzamam-ul-Haq and Wasim Akram that swung the tide in a semi-final which Crowe thought was his as he made the hand gesture of the guillotine with Pakistan way behind in the chase.

England sailed smoothly into the final and were tipped to win. They were to be done in once again by Inzamam’s brilliance as well as Imran Khan’s great captaincy in asking his young guns to go flat out for wickets with pace and not worry about containment.

Attacking cricket tilted the scales but in his greatest moment as captain, Imran may have forgotten to credit his team mates for the victory as he went on about the cancer hospital he was building in his mother’s memory.  Cricket, however, accepted change to become a very modern and colourful version in what was billed as the “Greatest show on turf”. Even today, the 1992 event rates as the best World Cup of all.

A crowd of 87,812 was a record for a final. A new Waterford Crystal globe replaced the old Prudential and Reliance Cup.