It is only the second time that India have entered the summit clash of the global event, having lost to Australia in the final of the 2005 edition. 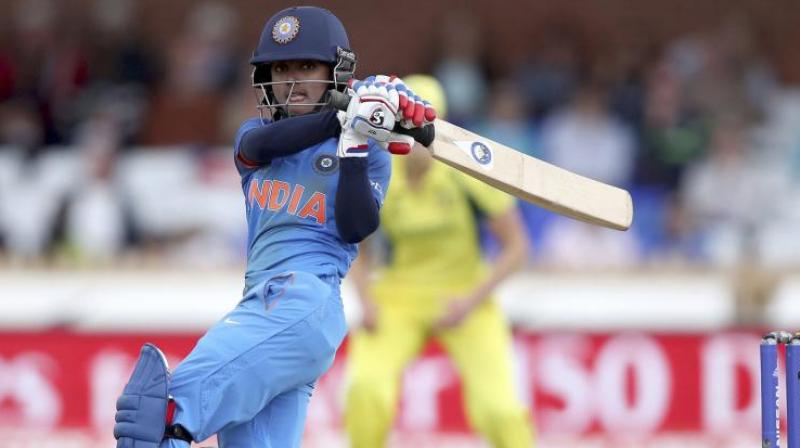 Derby (United Kingdom): Harmanpreet Kaur produced one of greatest ever ODI knocks in women's cricket as India stormed into the ICC World Cup final, demolishing Australia by 36 runs in the semi-final, here today.

It is only the second time that India have entered the summit clash of the global event, having lost to Australia in the final of the 2005 edition.

Skipper Mithali Raj and senior pacer Jhulan Goswami were part of the Indian team which had lost then in Centurion.

The 'Women In Blue' will meet hosts England in the final at the Lord's on Sunday.

The Indian vice-captain smashed her way to a career-best magical 171 off 115 balls, leaving the Australian bowlers in a daze as India put up an imposing 281 for 4 after rain reduced the match to 42-overs a side.

This was India's highest ever total against the Southern Stars and proved to be match-winning even as Alex Blackwell's power-packed 90 took them to 245 in 40.1 overs.

The day belonged to Harmanpreet as her innings could well be termed as one which will be remembered for years to come. It drew comparisons with Kapil Dev's historic 175 against Zimbabwe at Tunbridge Wells during the 1983 campaign with members of the men's team, including skipper Virat Kohli, showering accolades on her.

Harmanpreet's third ODI century was embellished with 20 fours and as many as seven sixes.

It was also the second highest individual score in ODIs for India behind Deepti Sharma's unbeaten 188 against South Africa earlier this year.

With enough runs on the board, confident Indian seamers Goswami (2/35 in 8 overs) and Shikha Pandey (2/17 in 6 overs) came up with brilliant opening spells.

Opener Beth Mooney and skipper Meg Lanning were cleaned up by Pandey and Goswami respectively.

Ellyse Perry (38) and Elyse Villani (75) added 105 runs for the fourth wicket but it was always a catching up game for the title contenders.

Blackwell however gave some jittery moments, hitting 90 off 56 balls with 10 fours and three sixes before she missed the line off a Deepti Sharma (3/59 in 7.1 overs) delivery, much to the delight of the Indian team.

The Derby Ground proved to be a happy hunting one for Mithali Raj and her team as they won all five matches here.

It was out of the world power-hitting by the girl from Moga district in Punjab -- something that has made her a stand-out player for India.

The milestone from 51 to 100 was reached in 26 balls while she raced to 150 from 101 in mere 17 balls. The sixes flew from her bat with monotonic regularity as the Aussie bowlers had no clue as to what hit them.

After a dry run during the better part of the league stage, India's most sought after T20 cricketer stepped up just when it mattered the most.

What worked to Harmanpreet's advantage was her experience of playing the Women's Big Bash League (WBBL) for Sydney Thunders due to which her familiarity with the current Aussie attack was much more than any other player.

After a useful 60 against New Zealand in the virtual quarter-final, Harmanpreet upped the ante like never before.

She batted like as if there was no tomorrow as she repeatedly hit the troika of left-arm spinner Jess Jonasen (0/63 in 7 overs), off-break bowler Ashleigh Gardner (1/43 in 8 overs) and leg-spinner Kirsten Beans (1/49 in 8 overs) with utter disdain.

Her footwork against the spinners was exemplary as she would repeatedly come down the track to loft them in the arc between long-on and deep mid-wicket.

She seemed in some discomfort with side strain but that did not deter her from targetting the on-side as a whopping 137 runs was added in 13.4 overs along with Deepti Sharma (25) for fourth wicket.

Such was her focus that once she scampered home for a double to complete her hundred, she was seen shouting at Deepti after she flung her helmet in disgust.

She regained her composure, said sorry to a teary-eyed junior and like a woman on mission completely annihilated the opposition bowlers finishing the match as contest by the time they went into the break.