The 29-year-old opener was struck by a throw-down from ex-England player Marcus Trescothick. 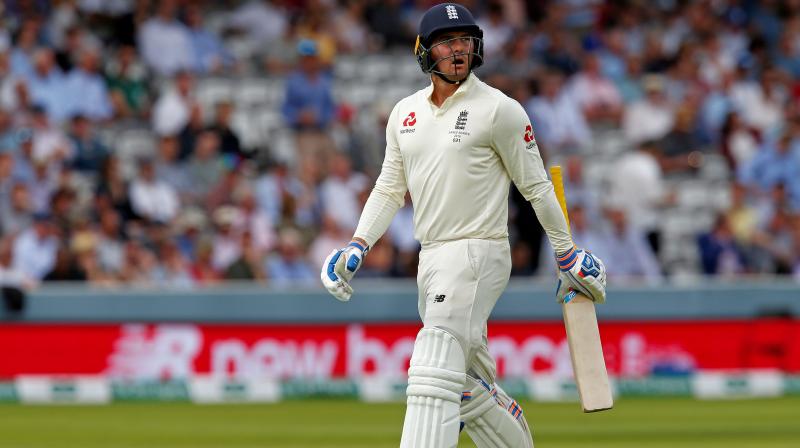 World Cup winner Jason Roy was assessed after taking the blow and was able to continue batting. (Photo:AFP)

London: England batsman Jason Roy has passed a concussion test after being hit in the nets ahead of the third Ashes Test against Australia at Headingley. The 29-year-old opener was struck by a throw-down from ex-England international Marcus Trescothick, working with the team in a temporary coaching capacity, during practice on Tuesday .

World Cup winner Jason Roy was assessed after taking the blow and was able to continue batting. But he also required a follow-up check on the eve of the match on Wednesday to determine any delayed symptoms. The Surrey right-hander will be assessed again before the third Test starts on Thursday.

Australia's star batsman Steve Smith has already been ruled out of the match with concussion suffered when he was hit by a Jofra Archer bouncer in the drawn second Test at Lord's.  Ashes holders Australia lead the five-match series 1-0.