I can get Warner any time, says Kuldeep Yadav

The UP spinner claimed that he has never felt any pressure while bowling to Warner. 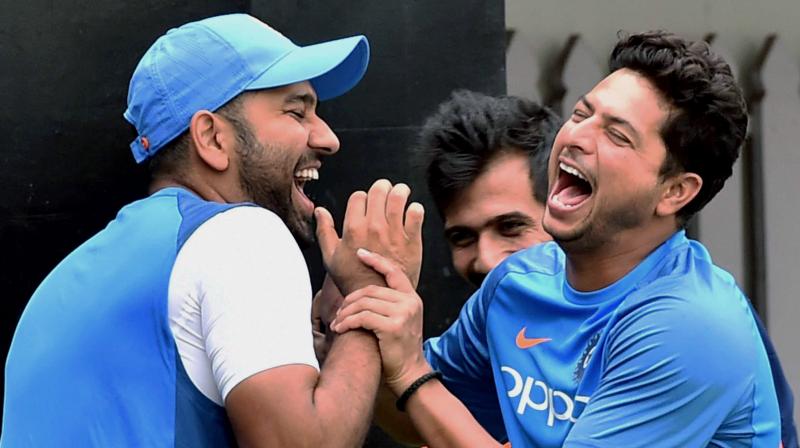 Kolkata: Young wrist spinner Kuldeep Yadav feels that he can dismiss David Warner “any time” as the Australian vice-captain seems “under pressure” while facing him. The 22-year-old Kuldeep had dismissed Warner during the former’s debut Test match in Dharamshala earlier this year and also foxed him during the first ODI in Chennai few days back.

“I guess he (Warner) takes a lot of pressure while batting against me and that makes me feel that I can get him out anytime,” Kuldeep said.

The UP spinner claimed that he has never felt any pressure while bowling to Warner.

“It’s good that there’s no pressure on me and I enjoy bowling to him. I always feel to get him out and set my plans accordingly. I will try to get him out more,” he said.

Kuldeep also elaborated how the pressure that he has created on Warner may enable him to get his wicket quickly. “Whenever you have the upperhand over a particular player, you would try to get him out as quickly as possible,” Kuldeep said.

However, Kuldeep rated rival captain Steve Smith as the toughest Aussie batsman he has bowled to. “In Tests, I have seen he (Smith) reads you well. He has idea how to sneak single. He prefers to play in leg-stump region and play shots at ease.”

With leg-spinner Yuzvendra Chahal bowling in tandem, the two youngsters do bring some variety into the attack. “Conventional spinners have only one or two variations but wrist spinners have the quality to deceive the batsmen. It becomes good experience to have two wrist spinners in the team, both are of attacking types and chances of taking wickets are more,” he said when asked about his experience of bowling with the Haryana leg-break bowler.

“It’s a rare instance. In junior cricket too, I never bowled with another wrist spinner operating from the other end. It was always the conventional left-arm spinner. In Ranji Trophy, I was in the UP Ranji team that also had senior leg-spinner Piyush Chawla. Since he was the senior bowler, I rarely got my chances (in Ranji Trophy),” he lamented.