'I was scared and happy when made captain at 23', recalls Kapil Dev 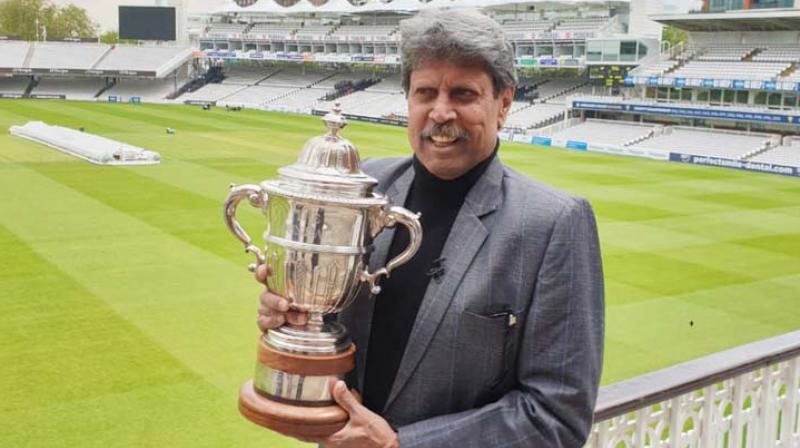 Kapil Dev on Sunday recalled the time when captaincy was handed over to him, saying that he was 'scared as well as happy'. (Photo: File)

New Delhi: Former cricketer Kapil Dev on Sunday recalled the time when captaincy was handed over to him, saying that he was 'scared as well as happy'.

"Sometimes you get some things before time and later you realise. I was 23 years old when they made me the captain. I was scared as well as happy because I was thinking how will I handle these senior players. But I was happy because the selector felt that I was capable enough to be a captain," Dev said in his speech at an event here.

"I was feeling a bit weird that I became the captain and my heroes were playing with me and under me. So, that was a very difficult time ... I only thought one thing that on the field I was the captain but off the field, they all are my captain," he said.

Actor Ranveer Singh is going to play the role of Dev in the movie '83'. When asked about the movie, Dev said the movie is not about him but on how his team lifted the 1983 World Cup trophy.

"The movie is not about me. The movie is about how we won the 1983 World Cup. Yes, I am lucky that an actor like Ranveer Singh, who has so much ability, is playing my role," said Dev.