The series against the Steve Smith-led Australian side will be the 4th and last home series of the 2016-17 season for Virat Kohli-led India. 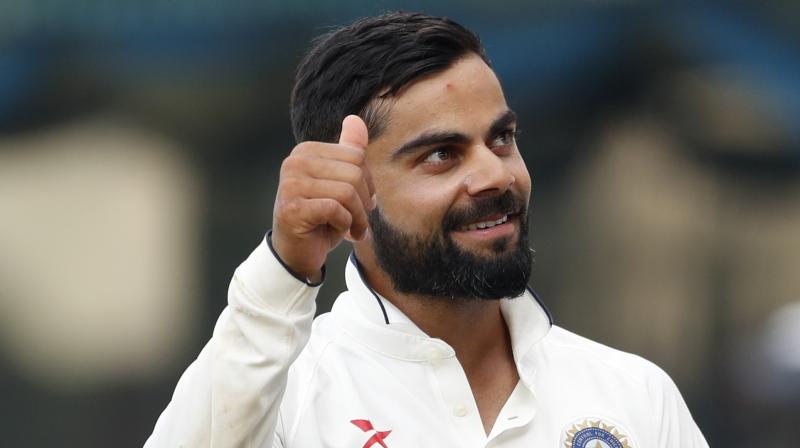 Virat Kohli insisted that all the teams they have played before are of good quality and that the Australian side are no different. (Photo: AP)

Pune: Riding on the euphoria of a fairytale 19-match unbeaten streak, Indian Test skipper Virat Kohli on Wednesday insisted that his side is not bothering about Australia's recent form and is rather focusing on their own strength in the four-match series beginning on Thursday at the Maharashtra Cricket Association (MCA) Stadium.

The series against the Steve Smith-led side will be the fourth and last home series of the 2016-17 season for India, who have notched up emphatic Test series win against New Zealand (3-0), England (4-0) and Bangladesh (one-off match).

On the other hand, Australia were slumped to a series defeat against South Africa before a drastic change in their batting line-up saw them clinch four successive wins on the trot including three against Pakistan.

However, Kohli insisted that all the teams they have played before are of good quality and that the Australian side are no different.

"Every series for us is challenging. We don't rate any series higher or lower than the other one. All teams that we played before are the good quality teams. We are not treating the series as too different from what we have done in the past. I think England was very tough series. We come into this series much more confident and much surer about us as a squad, what we want to do," Kohli told the reporters on the eve of the opening Test.

"We don't tend to focus too much on our oppositions. But at the same time we respect them as much and for us every opposition has to be respected on equal terms. There is no higher or lower in the order. We just want to focus on our skills and play good cricket out there," the swashbuckling batsman added.

Talking about his side's preparation, Kohli said that India are in a good space at the moment and are absolutely sure about how they wanted to go in the upcoming series.

"With our preparation, we are very sure of how we want to go about this game and the series. So that has been our strength. We have not focused on our oppositions too much. We are aware of their skills, their positive and negative points. We have a certain preparation that we have done and we have a good head space going into the series. Everyone is feeling confident and that is the most important thing," the Indian skipper emphasized.

Reflecting on the responsibility that comes with leadership, Kohli said that being a captain doesn't allow one to be complacent at any stage of the game.

"Captaincy doesn't allow you to be complacent at any stage, especially with the bat when it is your only discipline in the game. For me performance-based discipline is batting for me. So in that aspect I think complacency goes out of the window when you become captain and you tend to focus a lot more in certain situation. Captaincy requires you to be on point throughout the game. And that is something that had worked personally for me and Steve Smith as well," he said.

At the personal front, Kohli is currently enjoying a good run of form at the moment. He has notched up 1168 Test runs in one season, a first by any batsman at home. He also became the first batsman in history to slam four successive double hundreds.