India take on Australia in the first Test of the four-match series on Thursday, in Pune. 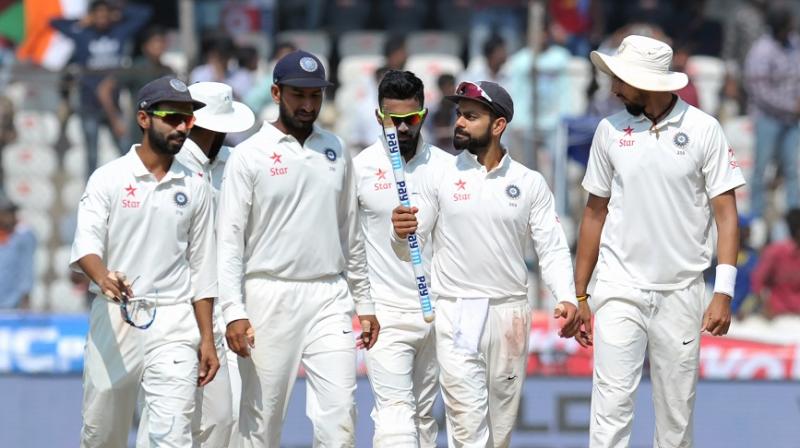 Pune: The Indian test juggernaut, with Virat Kohli at the wheel, has crushed almost everything in its path over the last 18 months and Australia will have to conjure up something special if they are to upset the hosts in their four-match series.

With the opening test between the world's top two test teams beginning in Pune on Thursday, the odds are stacked heavily in favour of hosts India, who have gone 19 tests without defeat.

In the final phase of their bumper home season, India are sitting pretty at the top of the test rankings after six consecutive series victories.

Significantly, their last three home series victories, over New Zealand, England and Bangladesh, were underpinned by all-round excellence and came on fair surfaces, not the dustbowls on which India typically thrive.

The series against Australia marks the end of India's 13-test home season and Kohli wants his team to maintain the level they have been playing at.

"It's a big series for us," Kohli told reporters earlier this month. "I thought England was the biggest for us in the season but having won that 4-0 there is lot of expectation on us.

"The way we have played our cricket as well I think we want to continue that," added India's batting mainstay.

Earlier this month, the 28-year-old became the first cricketer to hit a double century in four consecutive test series and his team posted 600-plus totals in three consecutive tests, another first.

That middle order bat Karun Nair had to be dropped in the one-off test against Bangladesh despite scoring a triple century in the previous match against England is another indication of the team's batting might.

The off-spinner, currently the top ranked test bowler, has been in the form of his life, becoming the quickest to the 250-wicket club after achieving the feat in just 45 tests.

The off-spinner with his bag of tricks will torment Smith and his men, often bowling relentlessly in tandem with spin partner Ravindra Jadeja, with a shoal of fielders hanging around the blade.

Smith is aware of the challenge that awaits Australia, who have lost nine consecutive test matches in Asia.

"We know it's going to be difficult," he said. "India are a very good team, particularly in there home conditions here. We have prepared very well."

Smith will rely more on the pace duo of Mitchell Starc and Josh Hazlewood, who would have to generate enough reverse swing to be effective on relatively docile Indian tracks.

The visitors can also take heart from the fact that three of the four matches will be played on new venues -- Pune, Ranchi and Dharamsala -- which will negate some of India's home advantage.