India scared of defeat to us, says Mitchell Starc

Mitchell Starc was forced to fly back home with a foot stress fracture after the 2nd Test in Bengaluru, which the visitors lost by 75 runs. 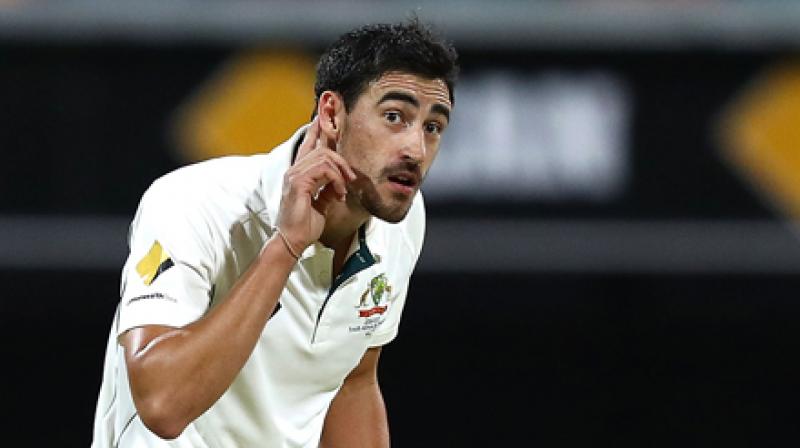 Mitchell Starc maintained that his foot fracture was not as serious as the one that kept him out of much of the 2015-16 season. (Photo: Cricket Australia)

Melbourne: Australian left-arm pacer Mitchell Starc has said that India were scared of losing the ongoing Border-Gavaskar Trophy after their unexpected loss in Pune and that's why they started with verbal confrontations with the visitors.

Starc was forced to fly back home with a foot stress fracture after the second Test in Bengaluru, which the visitors lost by 75 runs.

The left-arm pacer, who is hoping to get himself fit before the ICC Champions Trophy, said that the young side led by Steve Smith had not gone to India looking for fights but found themselves in several brawls after the Pune Test, which the hosts lost by 333 runs.

"It's probably come a lot more from their side than ours. There's been a lot made of it before the series, there was so much hype before the series, and I think we've gone about the cricket as we have done for a long time now," ESPNcricinfo quoted Starc as saying.

"It's probably showed in how the guys have been playing their cricket, especially the way they batted [in ]. A couple of young guys performed outstandingly well, [like] Peter Handscomb. It shows who we are as a group and things have come hard, and it's almost a defensive mechanism for them that we won the first Test match, we're here for the challenge."

"They were scared of us, beating them in the way they've been playing as well. So it was almost a defensive mechanism for them and obviously they come out in the second Test match, performed really well and got back into it," he added.

The 27-year-old further maintained that his foot fracture was not as serious as the one that kept him out of much of the 2015-16 season.

As the two teams gear up for what could be an intriguing series decider in Dharamsala beginning March 25, Starc exuded confidence on his team, saying they can win the final Test.

"I think we can win. I think we've showed throughout the series that we're definitely up for the challenge," he said.

"We're in the fight – we have been for three Test matches. We can knuckle down when we need to but we can attack when we want to," he added.