Kabir is going into minute details for sure. “He was asking me how slim or fat I was and how much hair I had on my head,” he laughs. 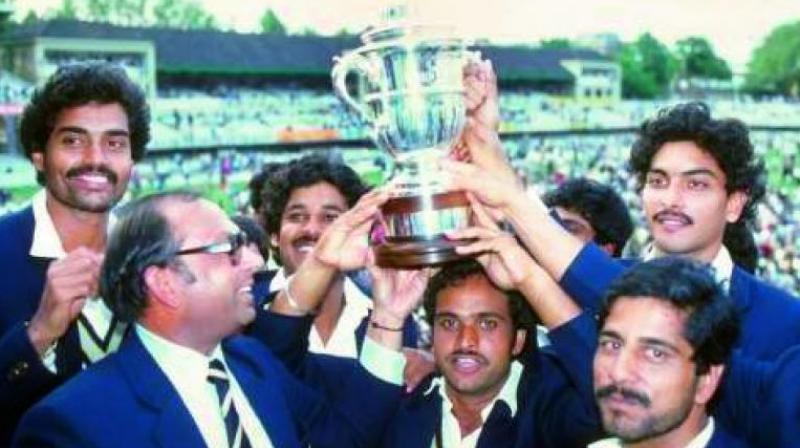 The Indian cricket team in 1983 with the World Cup.

Hyderabad: After biopics on Mahendra Singh Dhoni and Sachin Tendulkar, it’s time to showcase on silver screen India’s 1983 World Cup victory that spurred the growth of the game in the now cricket-mad country. Phantom Films have set the ball rolling by roping in Kabir Khan as the director who is currently conducting script sessions in full swing.

Hyderabad’s P.R. Man Singh, who was the manager of that all-conquering Kapil Dev-led team, has had a session with Kabir in Mumbai recently to build the storyline.

“Kabir wants to show that cricket is what it is today because of that victory. The media, public and commercial interests attached to the game now can be traced back to that memorable 25th day of June, 1983,” the veteran told this newspaper.

“The (1983 World Cup) matches have been well covered in the press. The movie plans to reflect the several things off the field that were a part of our eventful journey. Kabir had already spoken/ interviewed most of the players in this regard,” Man Singh said.

Among the many things cricket treasure trove Man Singh revealed to Kabir was “holding the team meeting in the bus; meeting the British Queen; hosting a thanksgiving party; how we smuggled some of our friends into Lord’s (cricket ground, venue of the final) because we didn’t have enough tickets; how I bent the Board’s contract to allow the players’ wives to stay in the same hotel and travel on the team bus and that (the legendary) Sunil Gavaskar’s name did not figure in the first 10 members who were selected.”

By Man Singh’s estimate, the film should hit the theaters next year. Kabir is going into minute details for sure. “He was asking me how slim or fat I was and how much hair I had on my head,” he laughs.