Age is just a number for Watto, Chris Gayle

While T20 is high-voltage, high energy, highly physically demanding, it also puts a premium on strong nerves and quick thinking. 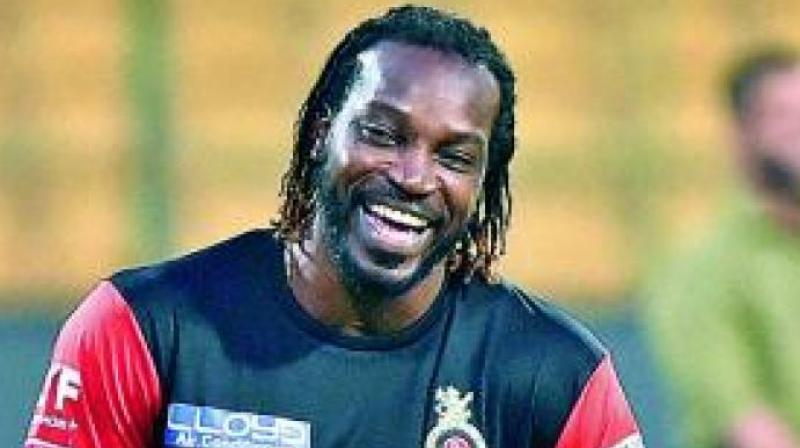 The most compelling performances in the IPL last week undoubtedly came from Chris Gayle and Shane Watson. Their explosive centuries not only decimated opponents, but also served a reminder that in T20, age is but a number.

Gayel will be 39 this September, Watson 37 in June. Both were considered long in the tooth, and not `hot picks’ when the IPL auctions took place in January. Ironically, both were off-loaded by RCB, who are now wallowing in the bottom half of the points table.

Watson was eventually bought by CSK for Rs 4 crore, but Gayle had an agonising, suspense laden-path in the auction till the very last round when he was bought by Kings XI Punjab for his base price of Rs 2 crore: Almost as an afterthought it appeared.

In the two weeks since the IPL began, both have left skeptics reeling. Watson has been the central figure in captain M.S. Dhoni’s scheme of things playing the crucial role of lead all-rounder, ahead of Dwayne Bravo who has been in excellent form too.

Watson opens the batting and bowling both, and this can be seriously challenging: in one role, he has to score quick runs in the powerplay, in the other, he has to ensure that runs aren’t conceded easily. He’s done well in both facets, batting obviously more so because of the stunning century against Rajasthan Royals, his original franchise.

The more interesting redemption story, however, is Gayle’s. Omitted for Punjab’s first two matches, it seemed that his presence in the squad was perhaps more because of his eminently marketable celebrity status: that he might bring more value to the coffers than the scorebook.

But he dispelled such belief with a sizzling 63 in his first outing. For those who thought this was an aberration, Gayle followed it up with a blistering century with 11 sixes against frontrunners Sunrisers who didn’t have a place to hide under the onslaught.

What makes these two still tick at their age, and after having played for so many years? High quality talent, of course, is a fundamental assumption one has to make. But there are a couple of other reasons too.

One, the T20 format does not hold veterans as prisoners. True, young legs and lungs are important, but even ageing stalwarts can have a significant role to play — provided their zest for the game hasn’t been exhausted.

While T20 is high-voltage, high energy, highly physically demanding, it also puts a premium on strong nerves and quick thinking. This is where experience becomes vital. Maturity facilitates the ability to size up a situation and respond befittingly.

Many premier players — in the IPL and leagues all over the world — have been ‘old’ hands. In the inaugural IPL season, 38-year-old Shane Warne was kingpin, as player and captain.  A year later Adam Gilchrist, then 38, helped Deccan Chargers to the IPL title, shining as batsman and captain.

Sachin Tendulkar was always among the highest run-getters in the IPL till he retired, Mike Hussey was a bulwark for CSK till he quit, Brad Hodge for RR. If you look beyond the IPL, Shoaib Malik and Shahid Afridi have been going strong well into their late 30s.

This is truer of batsmen than bowlers, but the larger point of vast experience being as valuable than just youth cannot be ignored.

The other aspect, equally important now that T20 has become so lucrative, is for older players to keep themselves relevant.

The prime objective for any player is to do well by the team, sure. But sport is also about conflict, so rides heavily on of personal pride and ego: Crucially for ageing players, the fight for survival as well.

Take Gayle for instance. To keep his `brand’ in T20 intact, he has to perform to expectations otherwise the contracts could dry up. But this season, he faced the double obstacle of winning a place in Punjab’s playing XI since he wasn’t first choice opener too. Whether Gayle and Watson — and by extension, all `oldies’ in the IPL — can sustain their form over the next five weeks remains to be seen. But for the present, they’re top of the pops and giving young guns a run for their money.