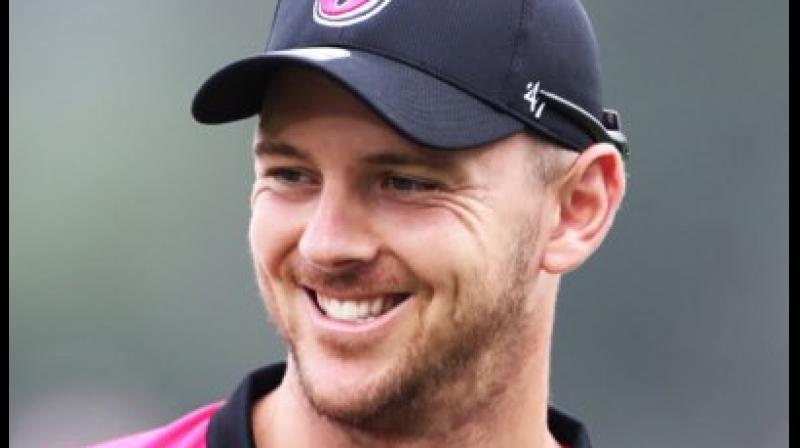 Melbourne: It's "not ideal" but fast bowler Josh Hazlewood has suggested that the entire Border-Gavaskar Trophy be held at one venue -- Adelaide Oval -- as Cricket Australia is exploring options to save next summer's Test series against India.

Most of the countries are under lockdown due to Covid19 and it has wreaked havoc on sporting calendar across the world.

A financially-weakened CA is desperate to host India to save the broadcast revenue from the contest.

"The bowlers and batters would probably be happy with that, it's (Adelaide Oval) probably been the best cricket wicket the last four or five years," Hazlewood was quoted as saying by the Australian media.

"It gives a bit to both batting and bowling, I wouldn't mind it. It's not ideal though. We want to get around to all parts of Australia and challenge ourselves on all those different wickets."

India are scheduled to play four Tests, three ODIs and three Twenty20 Internationals on their tour.

The T20 series will be played ahead of the T20 World Cup, starting October.

Hazlewood is keeping himself busy with golf, gaming and gardening besides fitness regime during the lockdown period.

The 29-year-old lanky pacer is currently out of the Australian team and was targeting the now-postponed Indian Premier League (IPL) to impress the national selectors and secure his place in Australia's T20 World Cup squad.

"If we don't play another game before the World Cup it's going to be tough to get into," Hazlewood said.

"If an opportunity opens up, through injury or whatever, I'd take that. The IPL was going to be a good opportunity for me in T20 cricket, to hopefully do well for Chennai and put my name forward for that World Cup," he added.