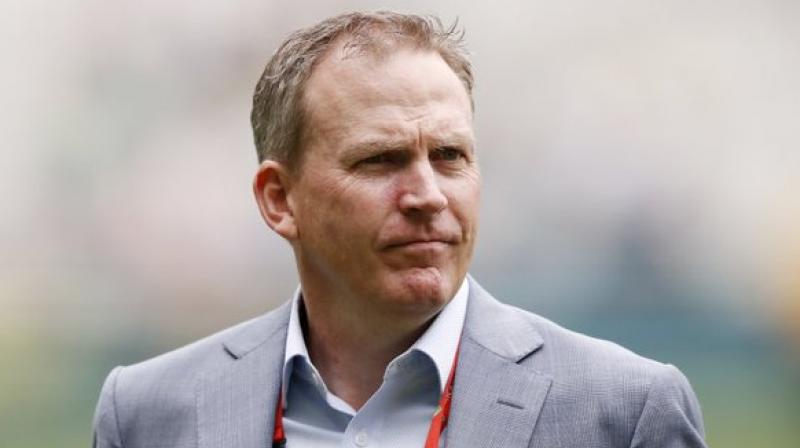 Melbourne: Cricket Australia has approached supermarket giant and one of its sponsors Woolworths to help with temporary jobs for its staff laid off until the end of June due to a financial crunch caused by the coronavirus pandemic.

Cricket Australia is currently not eligible for the federal government's JobKeeper support program having lost no major revenue streams from cancelled matches.

"I wrote to Brad Banducci the CEO of Woolworths given that Woolworths is among organisations that need more staff at the moment," CA chief executive Kevin Roberts was quoted as saying by 'SEN Radio' here.

"Our people and culture team are also working with other organisations who are in the habit of placing people in organisations and industries that have a temporary need for more people."

Roberts also said that a home international season played without crowds would hit their revenues.

"Our revenue from ticket sales you could put a ring around 40-50 million Australian dollars depending on the season. So that is significant obviously, and something that goes into our planning.

"So we're doing those things proactively...as much as we hate making those sorts of decisions we had to make last week.

"The other side of that coin is certainly that we're supporting our people and looking for even temporary opportunities for them to be involved and earning income elsewhere when their income is reduced from cricket," he explained.

Roberts defended the decision saying that it had simply been a matter of judging how much work was able to be done while placing the business on hold and paying employees accordingly.

"It's what activities are being paused and what's the skeleton staff we require for the activities that continue and that leads you to a temporary solution, which is the national coaches being part-time through this period," Roberts said.

The state associations and the cricketers’ association (ACA) had reservations about CA's measures around coronavirus, but Roberts said he had support from majority of stakeholders.

"We know that you won't have 100 per cent of people and 100 per cent of stakeholders happy at any particular time. But the reality is that the vast majority of our people, our members, our stakeholders are very comfortable with how we're working through this," he said.

"I think it's just the reality of the situation versus what is sometimes reported, given that stories of harmony don't necessarily sell.

"We're working through things in an open and really orderly way with all of those organisations. It's all about focusing on, in cricket parlance, the next ball," he added.