According to Palladium Mall employees Imran and Paresh, it was business as usual on Sunday. 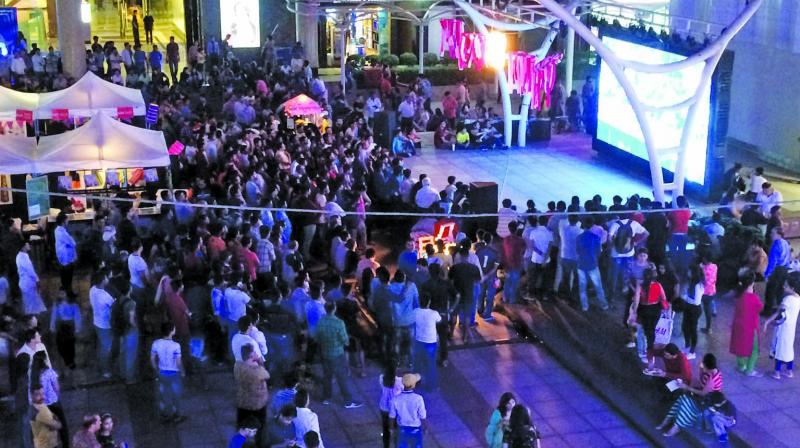 Mumbai: The Indian Premier League (IPL) final between Mumbai Indians (MI) and Kolkata Knight Riders (KKR), which began at 8 pm Sunday in Hyderabad and was televised live, had a mixed impact on most of the weekend crowd, which usually flocks to malls, multiplexes and popular eateries across Mumbai. While some, who had hopes of seeing the trophy come home, stayed indoors to root for the MI, many others — usually the well-heeled — preferred to spend time with their family and friends at malls and spend the Sunday evening normally, claiming that the match could be seen later via the Internet.

Businesses and hawkers who were anticipating Sunday evening turnout of patrons complained about those who stayed away owing to multiple reasons, the most prominent among them being IPL. According to Palladium Mall employees Imran and Paresh, it was business as usual on Sunday. “The IPL didn’t have much of an impact,” said Imran. One mall visitor, Ayaz, said though he likes the IPL, family comes first. “I am interested in the IPL final but I wanted to come here with my family. My child’s happiness is more important.” Another person at the Highstreet Phoenix Mall compound had a similar reason for giving the IPL a skip. “Today is my birthday, otherwise I would have been watching IPL at home,” said Sunil Soni who was with his family. The city’s top cinema halls were also relatively packed. 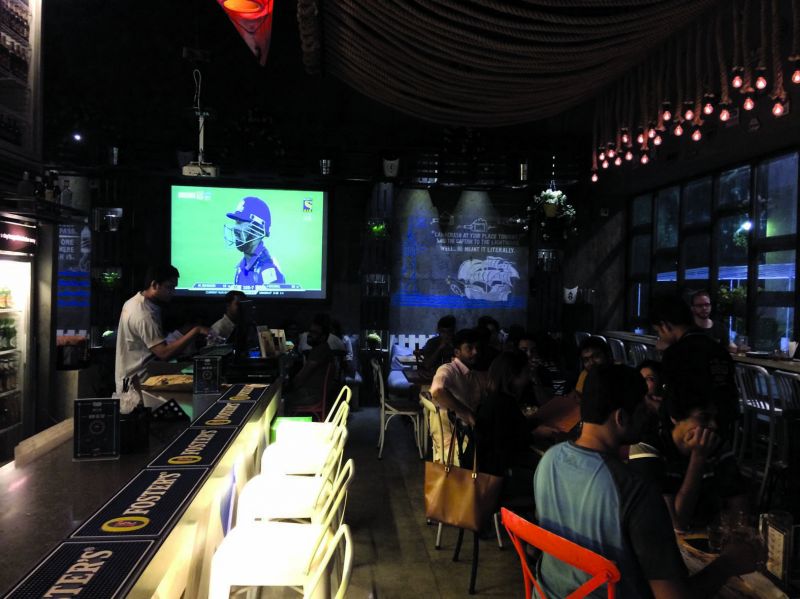 Patrons watch the match inside a bar in the mall. (Photo: Shripad Naik)

Kiran Panchal, a ticket seller at PVR Cinema, said, “The number of cine-goers has not diminished due to the IPL. Compared to last Sunday, a similar number of people are watching movies in PVR today.”

However, this was not the case at Dadar’s iconic Plaza Cinema. A manager there who did not wish to be named said, “We had two housefull shows for a Marathi movie and the Hindi movie Half Girlfriend. But we always see a clear dip in bookings every time there is an IPL final, irrespective of the teams that are playing.”

However, film buff Pooja Gosavi, who had come to watch Half Girlfriend, said, “I am not a cricket buff, so I went with my sister to watch the movie on this lazy Sunday evening, while my husband is watching the match at home without any disturbance.”

Beer bars surprisingly also saw a dip in the number of visitors. “The number of people visiting during the IPL dips, especially when MI play. Today the number of customers has slightly decreased,” said Utkarsh Gurang, manager of The Beer Cafe restaurant.

Roadside eateries at Matunga Circle and Wadala’s Five Garden also saw a dip in patrons. Guddu Kapri, who sells bhaji pao on the footpath at the circle, blamed the IPL for his misfortune.

Meanwhile, anticipating betting due to the IPL final, the police in Mumbai and Thane stayed on alert to thwart such activities. Mumbai police’s DCP (zone 6) Shahaji Umap said, “We have deployed plainclothes officials to watch out for such activities.”

Thane police’s PRO, S Narkar said, “We have been deployed our officers at several places where we know betting had taken place. Also, our men in civvies are roaming around the city.”