Bangladesh hope to at least match their previous best performance in a World Cup, reaching the quarter-finals in 2015. 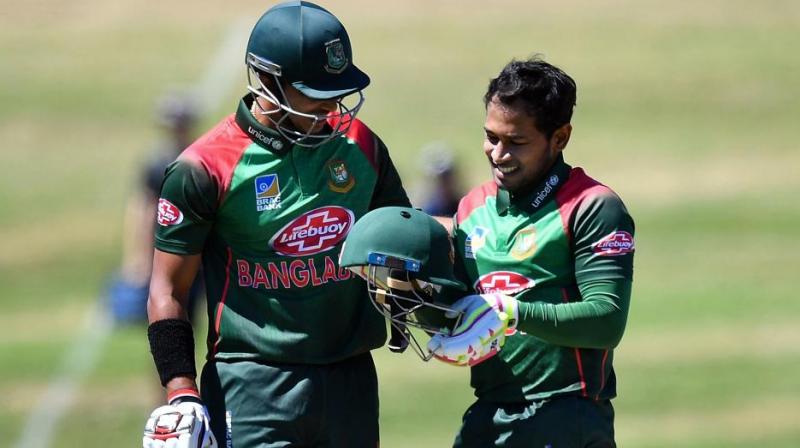 Supporters were jubilant after a tri-nation series win against Ireland and West Indies on the weekend handed Bangladesh its first ever multi-team tournament trophy. (Photo: AFP)

Dhaka: Bangladesh captain Mashrafe Mortaza has poured cold water on fan hopes for this month's World Cup, warning that the seventh-ranked team was facing an uphill battle in the group stage.

Supporters were jubilant after a tri-nation series win against Ireland and West Indies on the weekend handed Bangladesh its first ever multi-team tournament trophy.

But Mashrafe's side start the Cup race with a bracing fixture against South Africa, New Zealand and top-ranked hosts England in their first three matches.

"It will be difficult for us because our opponents in the opening three games are extremely strong," Mashrafe told reporters late Tuesday before heading to England.

"To get a positive result against them won't be easy." Bangladesh twice beat eighth-ranked West Indies in the tri-nation warmup tournament, including in Friday's final.

Mashrafe said the win had heightened expectations of Bangladesh fans, along with other recent triumphs including the side's semi-finals appearance at the 2017 Champions Trophy.

"In the last five to seven years, people have started to come to watch us with expectations that we will win," he said.

"All I can say is that the World Cup will be a different ball game. If you follow cricket in England, you will see that a lot of runs are scored. It will need a different approach." Bangladesh hope to at least match their previous best performance in a World Cup, reaching the quarter-finals in 2015.