MS Dhoni can be trusted to make the right decision

The history of the World Cup throws up interesting examples of players who played crucial roles in the evening of their career. 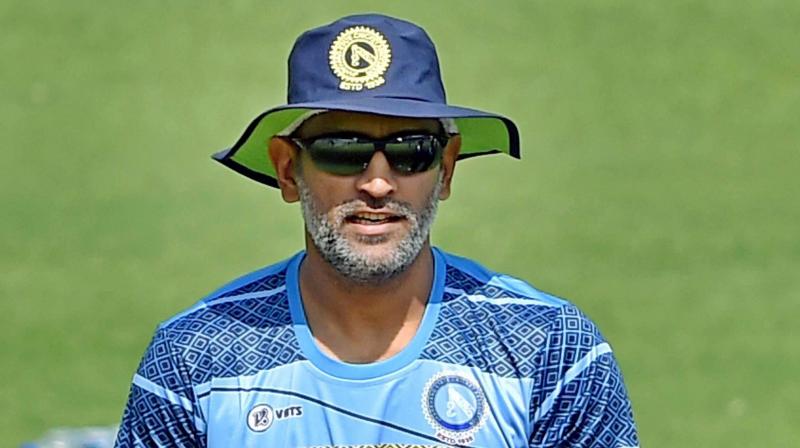 Dhoni looked dapper, hair swept back and held in place presumably by gel, his face cleaned of the grey stubble he had worn right through the T20 and ODI series in England, generally looking at peace with himself and the world around him.

Great sportspersons have the amazing ability to switch on and off at will, compartmentalize their thought processes to fit the moment rather than linger on what’s transpired or could happen in the future. Dhoni is no different.

If anything, he’s been indifferent to vicissitudes of fortune than most sportsmen I’ve seen. While he has often been loquacious during press conferences when he was captain, for the most he has been inscrutable and has rarely, if ever, discussed his own form or performance.

Whether this is Dhoni’s intrinsic personality or a defence that clever public figures use against incessant and harsh scrutiny is open to speculation. Going strictly by the photograph, he didn’t seem too fazed by the waves of criticism currently swirling around him.

Simply put, India’s defeat in the ODI series — unexpected after the emphatic win in the first match — has settled at his doorstep. But there is another dimension, accompanying this criticism in the form of a query: Should Dhoni be in the World Cup team?

It is important to deconstruct Dhoni’s value to the team — perceived and real — for the World Cup next year, but where form in England concerned, I believe Dhoni has been pilloried beyond reason. India did not lose the ODI series because of him, rather the failure of the top order to come good.

Only Virat Kohli in the top five was more consistent than Dhoni. Rohit Sharma and Shikhar Dhawan were good only intermittently. None from Rahul, Raina or Karthik came up with a stellar performance when this was badly needed.

True, Dhoni looked out of sorts in the second ODI when India were chasing a 300-plus score, but in the third he was left with a salvage operation as the main batsmen had fallen.

This is not to suggest that Dhoni was in great form. Yet depending on number 6 to bail a team out consistently dilutes the responsibility of the top 5, who are entrusted with doing the bulk of the scoring.

Dhoni comes into greater focus — and therefore faces more flak — because of his reputation as a great finisher. That is the crux issue. But expecting a 37-year-old to bat the way he did when 10 years younger is flawed thinking.

Inevitably, this will raise argument about Dhoni’s age, and whether India cannot be better served with a younger man. But you can’t conflate a player’s usefulness with the grey eminence in the stubble that advancing years highlight.

The history of the World Cup throws up interesting examples of players who played crucial roles in the evening of their career. For instance, Rohan Kanhai was 39 in 1975, and it was his solid, stubborn half century in partnership with Clive Lloyd that helped West Indies win the final.

Imran Khan was 39 in 1992. Apart from his captaincy, it was his measured, mature batting — he promoted himself to number 3 towards the end — which took Pakistan to glory. Sachin Tendulkar was 38 and India’s highest run-getter in India’s 2011 triumph.

Of course, this doesn’t work all the time. Javed Miandad was 38 during the 1996 tournament and the magic of old was nowhere in evidence as he huffed and puffed through the World Cup.

Point is that role definitions of players don’t remain static. They change and evolve over time. By this, I am not advocating free passage for Dhoni into the World Cup team, but that his value can’t be rated only on what he’s achieved in the past.

A major consideration in this situation is whether there is anybody else worthy of replacing him the team. Other issues like current form, fitness then follow. But the critical matter is what the team management expects him to deliver, which must be discussed threadbare.

Dhoni’s own self-assessment is crucial in this equation. He needs to ask himself — his undoubted fitness notwithstanding — whether playing competitively at this level still excites him, and he still has the passion to excel.

So far, Dhoni’s shown that he does not hanker pointlessly to cling on to a place, or covet power. He gave up Test cricket when his mind said no, then surrendered the captaincy in ODIs and T20s too without any withdrawal symptoms.

He can be trusted to make the right decision.