The 28-year-old Cummins had made his debut three years ago against India. 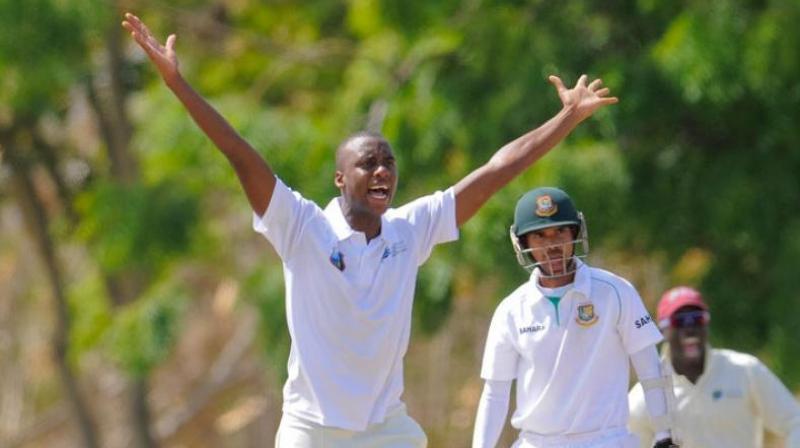 He had a memorable second match in Saint Lucia as he had recorded the figures of 9-102 in the match, including career-best 6-48 in the second innings. (Photo: West Indies Cricket)

The 28-year-old Cummins had made his debut three years ago against India. He had a memorable second match in Saint Lucia as he had recorded the figures of 9-102 in the match, including career-best 6-48 in the second innings.

All-rounder Paul has a left-ankle injury and as a result, he will be missing the match. However, he will continue to remain in Antigua to continue his rehabilitation.

"With Keemo ruled out for this match, it's good to have someone with Miguel's quality back in the squad, as he brings experience to the team. Watching him in the last 'A' Team series against India 'A' and the training sessions his lengths have improved," Windies coach Floyd Reifer said in an official statement.

"He's a very hard worker and a wicket-taker. I'm sure if given the opportunity to play, he will make a valuable contribution in our bid to win this series," he added.
The Test series between India and West Indies will mark the start of the ICC World Test Championship for both the teams.

West Indies were not able to register any win in the recently concluded T20I and ODI series against India.

The Men in Blue outclassed Windies 3-0 in T20Is whereas they defeated the team from Caribbean 2-0 in ODIs.

India and West Indies take on each other in the first Test at Antigua later today.