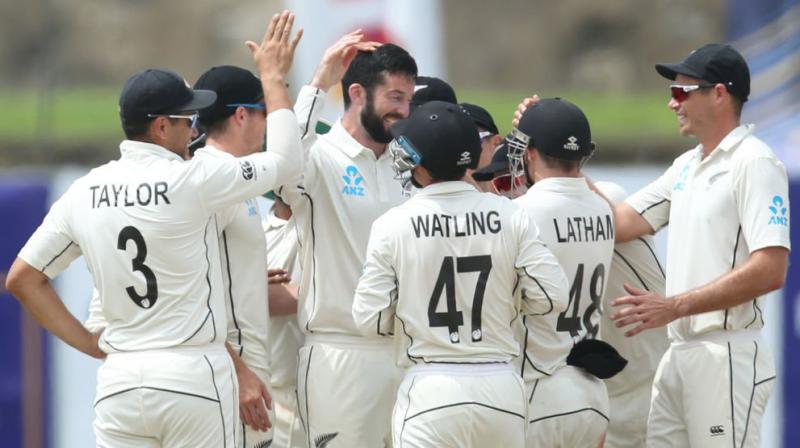 The Kane Williamson-led New Zealand have also made one change in their bid to level the series, with Mitchell Santner making way for Colin de Grandhomme. (Photo: ICC/Twitter)

Colombo: Sri Lanka skipper Dimuth Karunaratne won the toss and elected to bat after rain delayed the start of the second and final Test against New Zealand in Colombo on Thursday.

The first session of the game was washed out due to rain and play will begin at 1:40 pm (0810 GMT). A possible 60 overs are planned for the day with extended time.

The hosts, who lead the series 1-0, have made just one change to their starting line-up from the six-wicket victory in Galle last week.

Veteran spinner Dilruwan Perera comes in for Akila Dananjaya, who was reported for a suspect action for the second time in 10 months.

The Kane Williamson-led New Zealand have also made one change in their bid to level the series, with Mitchell Santner making way for Colin de Grandhomme.