Chahar took two wickets, but his economical bowling resulted in a number of false shots by the South African batsmen, in turn leading to wickets. 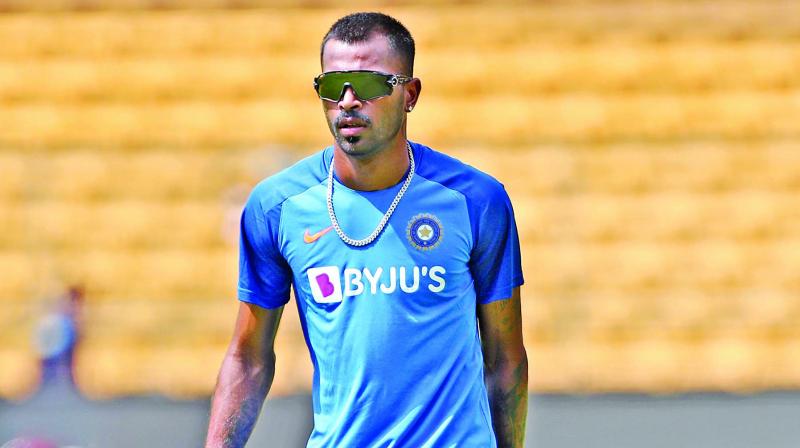 Bengaluru: After a rain-hit dampener in Dharamsala and the second T20 being headlined by captain Virat Kohli’s exploits, South Africa will eye victory in the third T20 at the M. Chinnaswamy Stadium on Sunday.  After a clinical victory at Mohali,  Kohli would be upbeat about the team’s chances and would look to register a maiden T20 series victory over the Proteas on Indian soil.

In the previous match, all the departments clicked for India. With the new ball, Washington Sundar and Deepak Chahar, who are pretty new at the international level did not give the vibes of being inexperienced at the international level and bowled well.  Chahar took two wickets, but his economical bowling resulted in a number of false shots by the South African batsmen, in turn leading to wickets.

Though the trio of Sundar (4), Ravindra Jadeja (3) and Krunal Pandya (1) bowled only eight overs in total at Mohali, their services might be fully used on Sunday, considering the difficulties the opposition had in the previous match.

Onto India’s batting, the team management would have been relieved to see Shikhar Dhawan amongst the runs. Rohit Sharma meanwhile returns to Bengaluru, a venue where he smashed his first double century in ODI cricket and will look to make it count on a wicket that aids his stroke play after an off day at Mohali.

Shreyas Iyer along with skipper Virat Kohli guided the team home after another Rishabh Pant failure (4 off 5 balls). Pant’s failure with the bat has been under scrutiny and time is now running away from the Delhi batsmen to prove his weight in the Indian side.

On a slow Mohali pitch, the likes of Kagiso Rabada and Anrich Nortje struggled as the ball came on to the bat nicely which made run-scoring easy for the Indian batsmen. Tabraiz Shamsi was the lone bright spot for South Africa with the ball and a change in venue might suit the visitors with the Chinnaswamy wicket that offers pace and bounce to the pacers.

It was the batting which led the Proteas down, especially the middle order which couldn’t capitalize on the start given by skipper Quinton de Kock and Temba Bavuma.

With the Bengaluru wicket being a belter, that often sees scores in excess of 170’s the  South African middle-order comprising of David Miller, Rassie van der Dussen and co. will have to deliver or  become the first South African side to lose a T20 series in India. When South Africa toured last here in 2015, they won the three-match T20 series 2-0 in 2015, with one match ended in no- result in Bhubaneswar.

It was Glenn Maxwell show, in the last T20 international played at M.Chinnaswamy as Maxwell’s 113 powered Australia to an easy victory over  India. Kohli’s swashbuckling 72 went in vain as Australia chased down the score of 191 runs with two balls to spare.