Bangladesh team cricketers under the leadership of their captain Shakib al Hasan have decided to talk with the BCB. 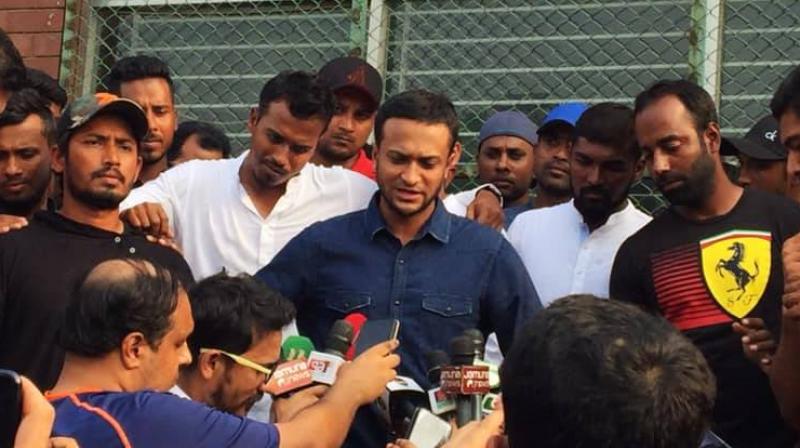 Shakib Al Hasan and his colleagues made their statement before the standing media.

Mumbai: Bangladeshi cricketers have put up an eleven-point demand to the Bangladesh Cricket Board (BCB) and informed that they would boycott all cricket tournaments till their demands are not met.

On the remuneration issue, Bangladesh team cricketers under the leadership of their captain Shakib al Hasan have decided to talk with the BCB. The players, Shakib Al Hasan, Tamim Iqbal, Mushfiqur Rahim – all gathered in front of the academy building in Mirpur on Monday.

They came in front of the BCB Academy around 3 pm. Shakib Al Hasan and his colleagues made their statement before the standing media. They expressed their dissatisfaction over the functioning of the board and also revealed their demands.

The national team and first-class players have raised not less than eleven demands.

Here are some of their key demands:

- The current committee has to resign immediately as there is no activities of Cricketers Welfare Association of Bangladesh (CWAB).

- The Premier League should be the same as before. One has to pay to deal with himself.

- Not this year, but next year BPL should be as before, the prices of local players will have to be raised.

- First-class match fees and contract salaries have to be raised, coach and physio have to be produced throughout the whole year, practice should be arranged in each department.

- Good quality ball to be provided.

- The salaries of all the domestic staff have to be raised as well as the coaches and umpires to the grounds.

- Domestic ODIs should be increased and one more T20I series be played before this year’s Bangladesh Premier League (BPL).

- The domestic calendar must be fixed.

- Payment of BPL must be paid within the stipulated time.