India bowlers ended the visitors' first innings on 162 runs after they resumed their innings from 9/2. 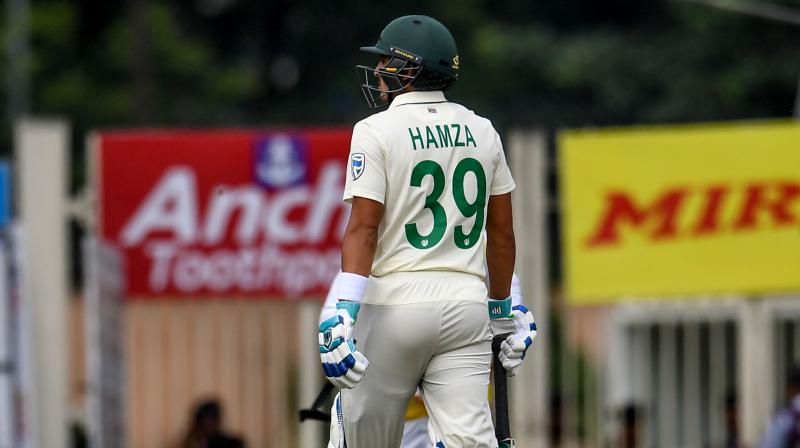 India bowlers ended the visitors' first innings on 162 runs after they resumed their innings from 9/2. And then after enforcing the follow-on, the hosts picked eight wickets.

"To have almost been bowled out twice in less than two days of batting, that is pretty poor from our side. I think we struggled to build partnerships ... We struggled in terms in our defences and they bowled attacking lines and I think that was the key for them," said Hamza after the end of day three.

India had declared their first innings on 497/9 and are still 203 runs ahead of the South African team. Hamza also praised Indian bowlers saying that they bowled 'pretty good lengths and lines.'

"I would not say intimidated, they bowled pretty good lengths and lines. They were pretty disciplined, all credit to them. Not for one second, you can underestimate Indian seamers. I think we have not been good enough in terms of our defensive work against them," he said.

South Africa will resume their second innings from 132/8 on day four on Tuesday.