Anurag Thakur blames Lodha for not giving time to explain

Before the recommendations, we have brought many reforms in the BCCI which is the best run organisation in the world today, said Thakur. 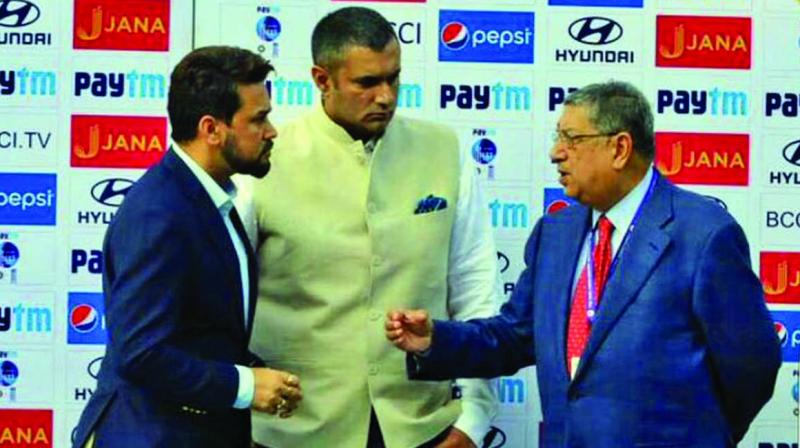 Jaipur: BCCI president Anurag Thakur said there are few recommendations by justice Lodha Committee which the Board members feel are not practical to implement but they have not been able to convey the same as the body has not given them time for last two months.

“The matter is subjudice and I have full faith in the Indian judicial system. We have called meetings time and again to implement justice Lodha committee recommendations. More than 85 per cent recommendations have been implemented,” Thakur said.

“The members do not agree to implement three-four recommendations as they are not practical. To convey this, we sought time but the committee is not giving us time for the last two months,” he added.

Thakur further said: “Before the recommendations, we have brought many reforms in the BCCI which is the best run organisation in the world today. Our teams have performed well in so many tournaments.

“We are the number one team in Tests, number two in T20s and number three in ODIs. Look at the performance of our junior team where they have finals of the Asia Cup. Our women’s team have won the Women’s Asia Cup. “So where are shortcomings? Pressure is being created unnecessarily on us,” he added.

Commenting on Rajasthan Cricket Association, Thakur said that the association is suspended due to one individual and its members have to take a decision on it.

He said that the RCA would not get one day match till this is suspended. The BCCI president also congratulated India skipper Virat Kohli and his team for their victory over England in the five-Test series, saying the India have made the England team lick the dust.