Ali is now the ninth cricketer to have scored centuries in their opening two Test matches. 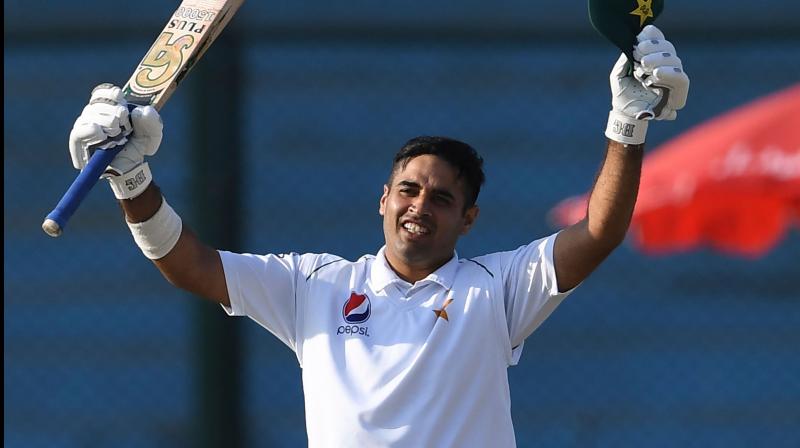 He achieved the feat against Sri Lanka in the ongoing second Test of the two-match Test series here at the National Stadium in Karachi.

Ali is currently at the crease unbeaten on 147.

The opener had made 109 in the first Test against Sri Lanka and as a result, he had become the first-ever batsman in the history of the sport to score a century in his ODI and Test debut.

He scored 112 runs in his first ODI against Australia earlier this year.

Ali is now the ninth cricketer to have scored centuries in their opening two Test matches.

India's Mohammad Azharuddin is the only batsman to have scored centuries in his first three Test matches.