Amul revealed its latest doodle featuring Yashasvi alongside iconic Amul character, with the former being fed 'pani-puris' by the latter. 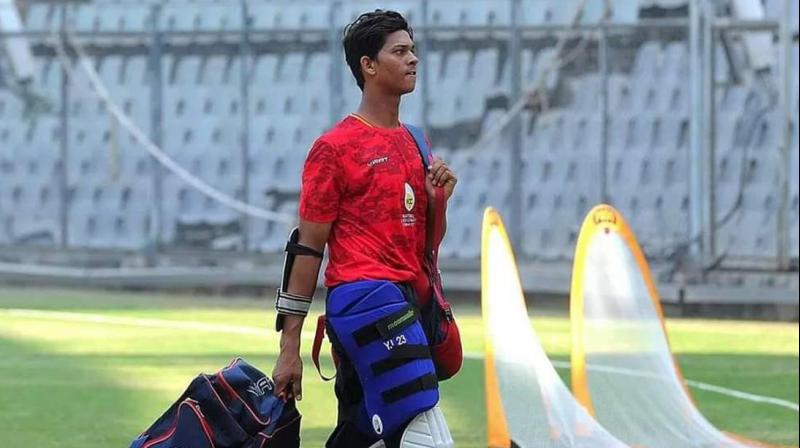 Praising Rajasthan Royals' latest signee Yashasvi Jaiswal, Amul India on Saturday dedicated a doodle towards the player, saying this is what dreams are made of. (Photo:Twitter)

New Delhi: Praising Rajasthan Royals' latest signee Yashasvi Jaiswal, Amul India on Saturday dedicated a doodle towards the player, saying this is what dreams are made of.

The 17-year-old used to sell pani-puris to make his ends meet during his early cricketing days. On Thursday in the Indian Premier League (IPL) auction, Yashasvi was bought by Royals for an amount of INR 2.4 crore.

Amul, known for their creative and quirky cartoon posters revealed its latest doodle featuring Yashasvi alongside iconic Amul character, with the former being fed 'pani-puris' by the latter.

As soon as 17-year-old Yashasvi found himself in an IPL team, celebrations started in his home town of Badohi.

"His hard work is paying off. I hope that he will perform well in the IPL and would get a chance in the Indian side. I am extremely happy," Bhupendra Jaiswal had told ANI.

"It is not about money. It is about the hard work that he has done. He is making us proud and I pray to God that he will do well in the upcoming U-19 World Cup and bring the coveted trophy to the country," added Yashasvi's father.

Jaiswal had become the youngest batsman to score a 50-over double hundred in first-class cricket. He had achieved the feat against Jharkhand in Vijay Hazare Trophy.

He is currently part of India U-19 squad for the World Cup.

"I am very happy with his selection in Rajasthan Royals and hope that he will make it to the senior side soon," said Yashasvi's mother Kanchan Jaiswal.

Before featuring in the 2020 IPL season, Yashasvi will don the Indian jersey and travel to South Africa to play the U-19 World Cup.

India will play their first game in the World Cup against Sri Lanka on January 19, 2020.