Masood and Ali put on a partnership of 278 runs for the first wicket. The highest opening stand belongs to Aamer Sohail and Ijaz Ahmed. 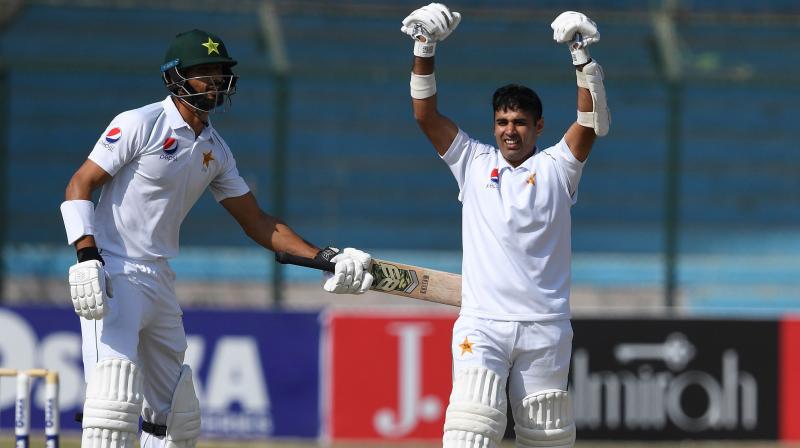 The duo achieved the feat against Sri Lanka in the ongoing second Test of the two-match series here at the National Stadium in Karachi.

Masood and Ali put on a partnership of 278 runs for the first wicket. The highest opening stand for Pakistan belongs to Aamer Sohail and Ijaz Ahmed. In 1997 the duo had put on 298 runs against West Indies.

Resuming day three at 57/0, Pakistan openers Ali and Masood continued to pile on the misery on Sri Lanka. Their partnership saw both batsmen bring up their respective centuries.

En route, Abid became the first Pakistan batsman to score centuries in his first two Test matches. Masood's stint at the crease was finally ended by Lahiru Kumara as he dismissed him (135) in the 69th over of the innings.

At the time of filing this report, Pakistan had reached 350/1, with Abid Ali and Azar Ali at the crease.