South Africa are scheduled to play a four-match Test series against England, starting from December 26. 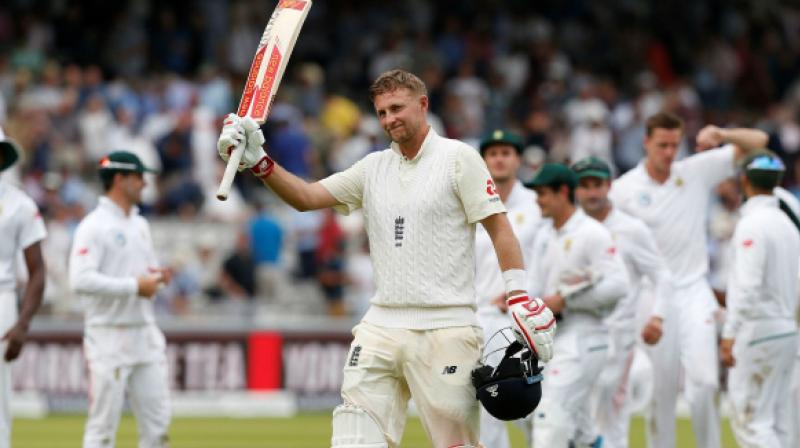 Former South Africa cricketer Jacques Kallis, who has been appointed as team's batting consultant, has said that they will try to pressurize England skipper Joe Root. (Photo:AFP)

Cape Town: Former South Africa cricketer Jacques Kallis, who has been appointed as team's batting consultant, has said that they will try to pressurize England skipper Joe Root.

South Africa are scheduled to play a four-match Test series against England, starting from December 26.

"He's under a bit of pressure but every captain goes through that. They've kept him as captain so they obviously believe in him. We'll certainly try to keep the pressure on him, and on England," Sport24.co.za quoted Kallis as saying.

However, Kallis feels that Root is a 'world-class' player and just because he is not in form does not mean Root will fail to deliver a good performance.

"It's probably an area we will try and target and make sure we put as much pressure on him, but he's a world-class player. So just because he is under pressure doesn't mean he's not going to have a good series," said he.

"No doubt that he will be up for a big fight and he'll want to turn it around. We have to make sure we are on the ball against him," added Kallis.

Kallis hailed England's all-rounder Ben Stokes, saying that he will be a 'key player' and they will have a 'good strong plan' for him.

"He's certainly got the talent to. I suppose it's up to him how hungry he is and how far he wants to take his game. The one thing that's been good is that he's done it in a lot of formats and now he's doing it in Test cricket as well, which is very pleasing to watch - it's always nice seeing all-rounders come through," Kallis said.

"He'll be a key player for them and we will have good strong plans against him with both bat and ball," he added.