India have agreed to be a part of the Independence Cup which will be hosted by Sri Lanka and also feature Pakistan and South Africa. 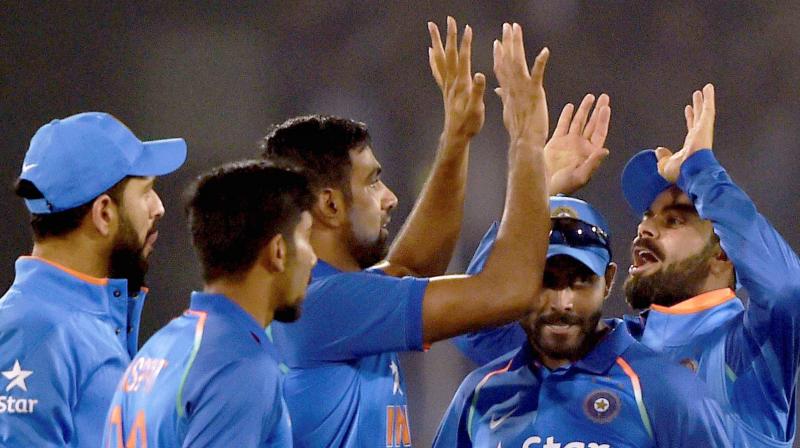 India will fly to Sri Lanka this July-August to play three Tests, five ODIs and a T20 International. (Photo: PTI)

Mumbai: India have agreed to be a part of the Independence Cup quadrangular tournament in Sri Lanka in 2018.

As part of their 70th Independence Day celebrations, the Sri Lanka Cricket (SLC) Board had proposed to host a four-nation tournament featuring India, South Africa and Pakistan and will soon reveal the final dates after consulting with the respective boards.

“We are very, very keen to play our Independence Cup in Sri Lanka next year, which India has agreed to be part of,” said Thilanga Sumathipala according to a report in Wisden India. “India has already given their willingness to play the Independence Cup in 2018 in Sri Lanka after Prime Minister Ranil Wickramasinghe discussed this with Indian Prime Minister Narendra Modi recently.”

India, who are due to fly to Sri Lanka this July-August to play three Tests, five One-Day Internationals and a Twenty20 International, have a busy schedule lined up ahead of them. Later in the year, they are also due to travel to South Africa to play four Tests, five ODIs and three T20Is.

Sri Lanka might also visit India before the latter travel to South Africa. Sri Lanka’s last Test tour of India was in 2009, and they last played a bilateral series on Indian soil in early 2016, a three-match T20I series ahead of the World T20 in India in March-April.