England captain Eoin Morgan believes his side were rewarded for their persistence throughout the series. 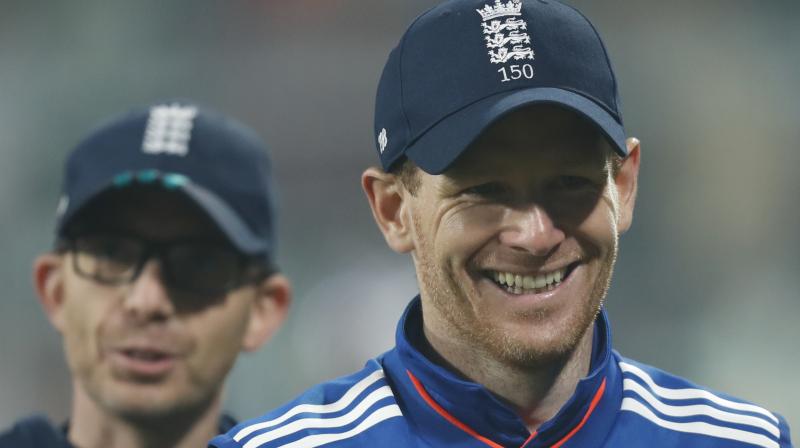 Kolkata: Having avoided a whitewash by labouring to a 5-run victory over India in the third and final one day international, England captain Eoin Morgan was a relieved man to finally have a win under his belt.

"It's been hard work in a very competitive series. Today we were rewarded for our persistent drive to win," he said after the match. "The pitch was similar to an English wicket and when you lose the toss, you have to do it the hard way and the dew was very tough to deal with. Jason Roy and Sam Billings did well at the top of the order for us. The bowlers make the captain look good," Morgan said.

Explaining the approach of their fast bowlers, Morgan said the Eden Gardens wicket helped them execute their plans well.

"Giving a wicket that offered more helped them and actually rewarded them for good, disciplined line and length. We were always open to what we wanted to do. The bowler has his options as well. I think because there was bounce and carry, when you hit a good length, there was something on offer. So we encouraged them to hit the wicket hard and try and extract anything in there," he said.

"India outplayed us in the first two games but this win was important. You can try hard but without wins it damages the team's confidence."

Ben Stokes was the Man of the Match for his 57 off 39 and 3 for 63 in his 50th ODI. "It was difficult the last time we came here, put it down to good captaincy from Morgan getting my overs out of the way before the end. It was difficult to start, the ball was not necessarily going through the top, but it was going a bit."