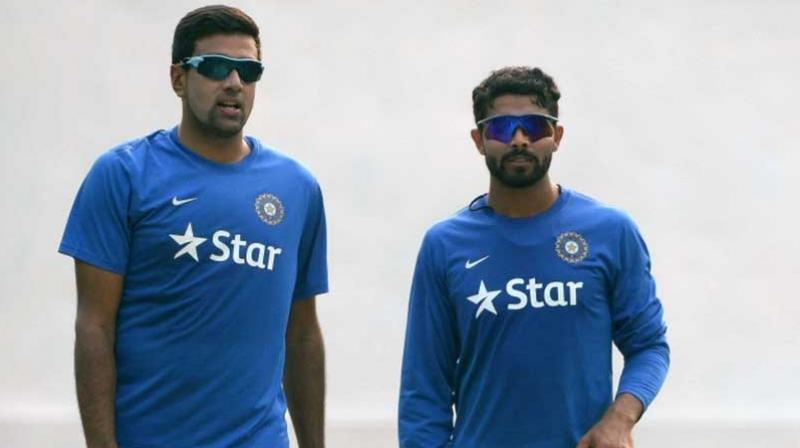 Spin duo of Ravichandran Ashwin and Ravindra Jadeja has been rested from the upcoming three-match T20 Internationals against England. (Photo: AFP)

New Delhi: Having shouldered the bulk of responsibility in India's recent Test and ODI series triumphs, the spin duo of Ravichandran Ashwin and Ravindra Jadeja has been rested from the upcoming three-match T20 Internationals against England.

"The All-India Senior Selection committee in consultation with Team India management has decided to rest spinners Ravichandran Ashwin and Ravindra Jadeja from the Paytm T20I series against England," the BCCI said in a statement.

The Cricket Board added, "Amit Mishra and Parvez Rasool will replace Ashwin and Jadeja, with the 1st match to be played on January 26th at Kanpur."

Ashwin claimed 27 and 28 wickets respectively in India's 3-0 sweep of New Zealand and 4-0 victory over England in the five-Test series, while Jadeja finished with 26 scalps against England and 14 against New Zealand.

The 34-year-old Mishra last played against New Zealand in October, when he finished with figures of 5 for 18 in the fifth and final ODI. He was in the squad for the three-match ODI series against England but didn't get a game.

Rasool, the offspinner, who played his only ODI in 2014 and hasn't played a T20I to date, was selected on the basis of his impressive performance in the Ranji Trophy.

Following the 3-0 series win over New Zealand in the Test series last year, both Ashwin and Jadeja were not picked for the subsequent ODI series in order to keep them fresh for the five Tests against England.