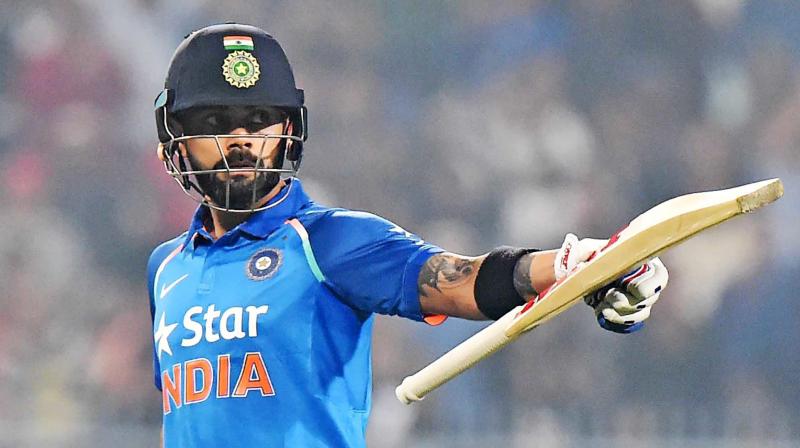 India captain Virat Kohli celebrates his 50 during the third ODI against England at Eden Garden in Kolkata. (Photo: PTI)

Mumbai: Virat Kohli became the fastest to complete 1,000 runs as ODI skipper during his knock of 55 in the third ODI against England in Kolkata.

Kohli, who took over the captaincy from MS Dhoni earlier this month, achieved the feat in 17 innings, beating AB de Villiers’s record of scoring 1000 runs in 18 innings.