The left-hander said he can’t wait to don CSK jersey again in the upcoming season of IPL. 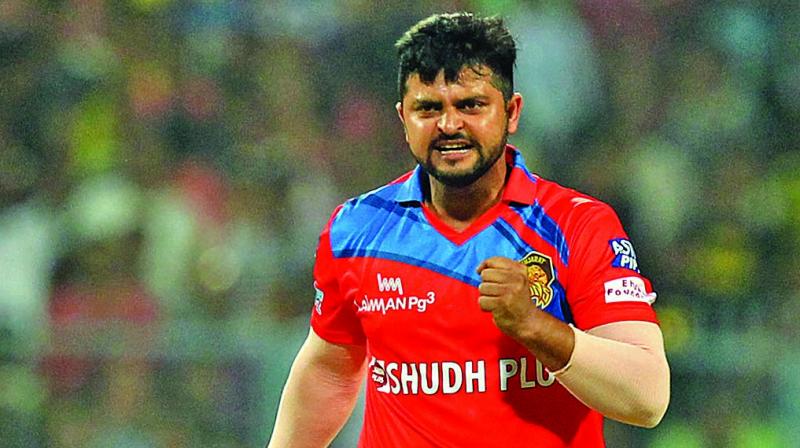 Suresh Raina played for Gujarat in the last two editions.

Kolkata: Out-of-favour India all-rounder Suresh Raina knows his worth in the Indian Premier League and credited Chennai Super Kings (for transforming him into a real cricketer.

The 31-year-old Uttar Pradesh captain, who struck a belligerent 126 not out against Bengal on Monday, is an IPL legend with maximum matches (161) and runs (4540) at an excellent strike-rate of 139.09.

So it was of little surprise that CSK retained Raina along with Mahendra Singh Dhoni and all-rounder Ravindra Jadeja. “We have played so many matches together. We had to play for CSK again. In fact, I became a real player in Chennai,” Raina said on the sidelines of the ongoing Syed Mushtaq Ali domestic T20 tournament.

“The coaches and the players there like Matthew Hayden, Michael Hussey, Muttiah Muralitharan had a fine influence on me. I have learnt a lot from them. It’s not a team but like a family,” Raina, who will return to Chennai after leading Gujarat Lions for two seasons, said.

The left-hander said he can’t wait to don CSK jersey again in the upcoming season of IPL. “The amount of love I have got from fans was great. It was a great team atmosphere. Many players like (Ravichandran) Ashwin, (Pawan) Negi, Jadeja came up from CSK. You have to perform to play and I’m looking forward to play for Chennai again. We all are excited to regroup,” he said.

Raina’s fitness was one of the things that kept him out of the national side. It’s been more than two years that he is out of the ODI side and last played for India in a T20I against England in January last year. Having cleared the yo-yo fitness test which is mandatory to stay in contention for the national side, Raina said he has worked a lot on his skill as well as physical strengthening.

Terming it “very demanding”, Raina said: “It’s one aspect you do everyday and it’s not only about gymming alone. It’s about spending time on the field. You have to have a street smart brain.”

“Gymming is one thing but you have to do a lot of strengthening as well. At the same time you have to ensure that you body recovers. It’s very demanding. Still I would say it’s 40 per cent gym and 60 per cent skill,” Raina added.

Asked about the motivation to play in the Mushtaq Ali T20 tournament, he said: “I play each and every tournament with the same intent. The tournament has many big names and before the IPL and upcoming Asia Cup it’s a nice opportunity.”

The CSK vice-captain further said the tournament woukd give him an opportunity to see the talented youngsters ahead of the much-anticipated IPL auction on January 27 and 28.