Harpreet Singh was confused with Harmeet Singh, who was detained for driving car onto Andheri railway station platform. 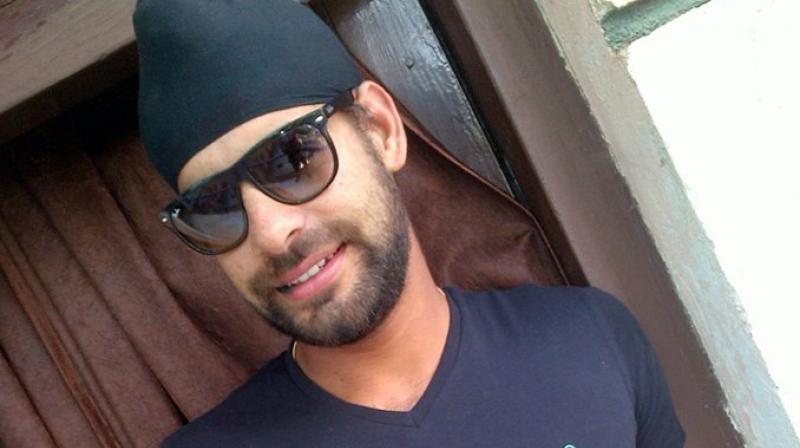 Mumbai: Harpreet Singh, who was enjoying a good run of form in the Syed Mushtaq Ali Trophy, must have harboured hopes of getting picked by an IPL side as the IPL 10 players’ auction took place in Bengaluru on Monday.

However, his hopes came crashing down as none of the teams picked him after a multiple news agency wrongly named him, instead of Harmeet Singh, for getting arrested and then granted bail for driving his car onto the Andheri railway station platform.

While Harmeet, who once played a big part in India winning the Under-19 World Cup under Unmukt Chand, is failing to live up to the promise he once showed, Harpreet has been pivotal to the Madhya Pradesh side in domestic cricket.

However, after the news agencies wrongly put Harpeet instead of Harmeet in the stories of a young cricketer arriving on railway platform with a car, the young Madhya Pradesh cricketer lost out on an IPL contract as the 8 teams went on a buying spree in the IPL 10 players’ auction.

A tweet, which was later deleted, on Monday read:

While ANI issued clarification, it did not help Harpreet, who was enjoying a fine run of form in the Syed Mushtaq Ali Trophy, as he missed out on the IPL contract. 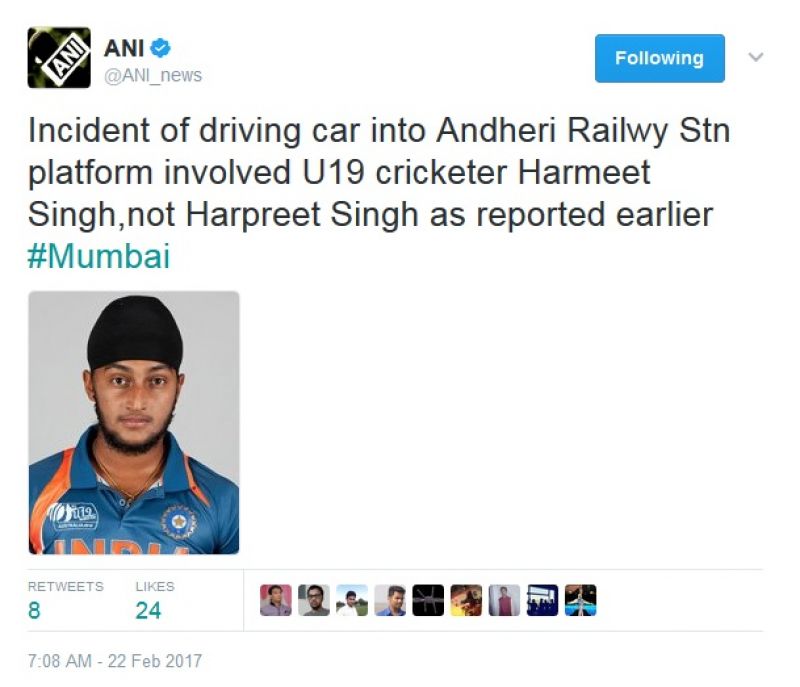 “I’m mentally disturbed… Mera naam toh kharab ho gaya na (I have got a bad name). How can one clear that? I am getting calls from everyone asking what have you done. I was hoping to be picked up at the IPL auction… When my name came, the franchises must have felt why take a player who is in police custody. I am not bothered about IPL now, it’s gone. But even if you run a search on my name on Google, the first thing that comes up is that I was arrested,” Harpeet, who was clearly unhappy with the way the things panned out, told The Indian Express.