Ind vs Aus: The tale of two captains

The focus will be on the duo when the India-Australia series begins here on Thursday. 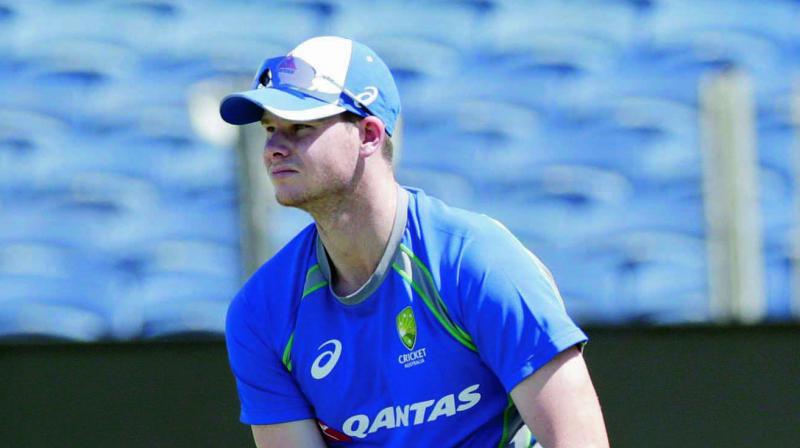 Pune: Skipper Steve Smith may not have earned Australia enviable results like Virat Kohli has achieved. But in terms of runs scored, Smith is in the same league as his Indian counterpart. The focus will be on the duo when the India-Australia series begins here on Thursday. Smith is currently ranked No. 1 just above Kohli.

Kohli has scored over 2000 runs in 23 Tests since the Adelaide Test of 2014 where he stood in for injured M.S. Dhoni. “Captaincy does not allow you to be complacent at any stage especially with the bat if that is your only discipline in the game, in the field as well. In that aspect I think complacency goes out the window as captain. You tend to focus a lot more on certain situations which you might or might not without the extra responsibility on your shoulders and may play a loose shot,” Kohli said.

Kohli lauded Smith who started his career as a leg-spin option to Australia before becoming a dominant batsman. “Captaincy requires you to be on the point throughout the game that's one thing which has worked well for me. I think, for Smith as well. He has been performing consistently with the bat and as captain as well,” Kohli added.
“Captain’s responsibility has urged him to focus a bit more in certain situations and push that much extra for his team and that has shown in his performances he is the no. 1 Test player in the world and there's a reason for that. I can’t pinpoint any similarities in our career.”

"Every series matters to me. As a leader of the team, we want to do well. I want to do well personally to help in our team’s success. I'll take it series by series, but I would like to stay in y job for as long as I can,” Smith said.