Stories of phenomenal success in one sweeping turn may have come only out of racecourses or lottery tickets. 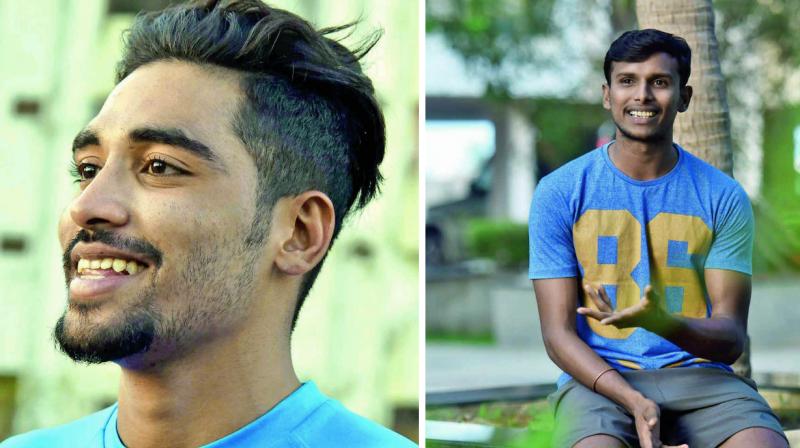 IPL-10 has created some more Cinderella stories. Perhaps none more fascinating than the tale of the two pace bowlers — Thangarasu Natarajan from Chinaappampatti, 32 kms from Salem, and Mohammed Siraj from Khaja Nagar in Hyderabad — who rose from the relative obscurity of the Ranji Trophy and vaulted into the glaring lights, camera, cricket and entertainment of the IPL. Natarajan’s toe-crushing yorkers from the more awkward line of a left arm seamer in Tamil Nadu’s premier league helped him catch the eye of talent scouts while Hyderabad’s improved performance this season may have furthered Siraj’s case Pay cheques in the region of Rs 3 crore for Natarajan and Rs 2.6 crore for Siraj represent a transformational event that come once in a lifetime.

Of course, Natarajan had been groomed over the years at Jolly Rovers, the team of one of the best talent scouts of the country, former Test stumper Bharat Reddy.The bowler was so talented that Chemplast took extra special care of him, giving him lodging in their own guest house and a pay cheque of Rs 50,000 a month which was considerably more than his father, mother and siblings could get anywhere near eking out of their livelihoods. Such stories of phenomenal success in one sweeping turn may have come only out of racecourses or lottery tickets.

The magic of IPL offers such talent a ticket to the high life and not only to Indian cricketers but also those from around the world. While Ben Stokes was always likely to make it big after his showing in India on the international tour, it is the story of the Afghan cricketers that created a special buzz this year.They were the most touching story of the last World Cup when they became the darlings of the cricket world, playing with a great deal of enthusiasm and creating a big upset too. Chirag Suri from the UAE league in Dubai has also made the charmed list, albeit at the base asking price of Rs 10 lakh, but the Delhi-born lad was quick to point out it wasn’t about the money and that he was kicked with just the chance he gets to rub shoulders with the giants.

All these contracts are valid only for a year as the whole league is to churn next season with the former champions Chennai super Kings and Rajasthan Royals set to make a comeback in the league’s 11th year after losing out on two seasons because of the Supreme Court-ordered ban. With all players to be sent into a large auction pool once again, the cricket should be keener in the coming season as the cricketers would have to worry about what their value would be in the big auction of 2018. Maybe, that would be added incentive not to cheat.A rerun of old IPLs in which so many had been cavalier about betting and match and spot-fixing can be ruled out although it would be wishful thinking to believe betting and fixing has been booted out of the IPL altogether.

A reminder of the strange goings-on in the past is a sealed envelope in the Supreme Court which contains a sensational list of great stars of Indian cricket who were suspected to have been involved in some way with the shady events. Some of the names on that list would shock fans. In a sense it is good that the list has been closed as the fallout may have been too much for Indian cricket to take. However, the one problem of keeping the list submitted by the investigators confidential is there are some who have been accused of fixing have spend time in jail or faced punishments like being banned from cricket while those whose names are on the master list have not even been investigated.

Teams and team owners have been punished with bans for betting but some major stars may have gotten away with it simply because they are too big to fall. That is not a valid argument, but sometimes that is how things go in India, certain invidiousness being part of the national way of doing things in which sentiment plays a huge role as to who is exempt and who is not.  The resurfacing of old habits like betting and fixing in the IPL which showered cash on all beyond their wildest dreams was the league’s most disappointing aspect.

The misdeeds pointed to how there is no limit to human greed while also belying the reasoning that if cricketers are very well paid they would not indulge in cheap stunts like making a few bucks out of bookies and gamblers.Let’s just hope that IPL-10 will be completely different and cleaner than the game was ever before.