Anurag Thakur lashes out at BCCI for not standing by Kohli, Team India 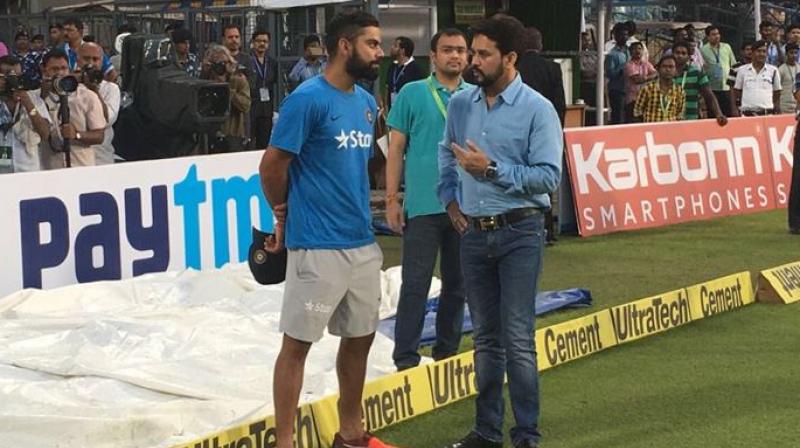 It’s the fault of the BCCI and complete arrogance of Cricket Australia who have always tried to dictate terms in cricket and target players, said Anurag Thakur in a tweet. (Photo: BCCI Twitter)

Thakur on Thursday came down heavily on Cricket Australia, BCCI and the Australian media.

While an Australian daily said that Virat Kohli is Donald Trump of world sport, Sutherland, who had earlier sought a truce between BCCI and his country’s cricket board after Kohli had severely criticised Australian skipper Steve Smith for seeking dressing room’s help for using Decision Review System (DRS) during the Bengaluru Test, targeted the Indian skipper during a radio interview with the Adelaide-based radio channel.

Following the heated altercation between both the sides during and following the second Test, BCCI and Cricket Australia, after initially siding with their respective cricket team captains, had tried to broker peace following the Indian cricket board’s decision opted for ICC’s intervention and demanded to press charges against Smith.

Thakur, who was removed from the top BCCI post earlier this year, took to Twitter to slam Cricket Australia and also minced no words to criticise the Indian cricket board.

Thakur, in a series of tweets, said: