It is learnt that Kohli's inclusion in the playing eleven will depend on his fitness test conducted in the morning session on Friday. 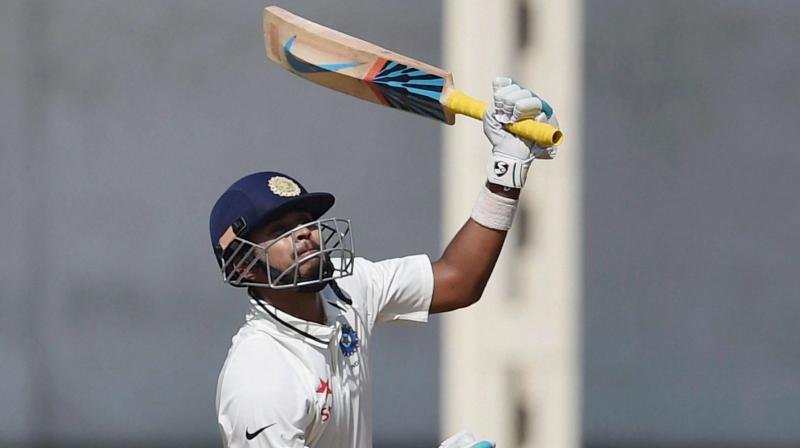 While Shreyas Iyer till now is strictly a cover, one can safely assume that Virat Kohli will try his best to make it to the playing eleven, considering how important it is for him to play this particular game. (Photo: PTI)

Dharamsala: Skipper Virat Kohli's participation in the fourth and deciding Test match against Australia here hangs in balance even as young Mumbai batsman Shreyas Iyer has been called as cover.

Kohli had suffered a serious right shoulder injury during the Ranchi Test in which he played through pain. Iyer, who is flying in on Friday morning, may not be able to reach here on time for the training session which starts at 9:30 am.

It is learnt that Kohli's inclusion in the playing eleven will depend on his fitness test conducted in the morning session.

In fact, the India captain on Thursday skipped batting at the net session, trying to give his shoulder the much needed rest. While Iyer till now is strictly a cover, one can safely assume that Kohli will try his best to make it to the playing eleven, considering how important it is for him to play this particular game.

Young right hander Iyer has been rewarded for his prolific showing in domestic cricket for Mumbai over the last two seasons.

In fact, the attacking batsman hit a double hundred in the warm-up game against Australia at the CCI Stadium. Even though Josh Hazlewood and Mitchell Starc were rested during that match, Iyer's innings was praised by one and all.

On Thursday, Kohli was present at the ground with his teammates. With a bandage on his right shoulder and bicep region, Kohli took part in the customary warm-up. He did some under-arm throwing during fielding practice.

Perhaps it was more to do with not exerting pressure on his hurt shoulder.

Known for his guts, the India skipper will not even in his dream like to miss a Test match, which is set to decide the series.

Meanwhile, it was learnt that Mohammed Shami does not have a chance to be picked for the game.

"Shami was with the team in Ranchi also as physio Patrick Farhart is monitoring his progress. He was not named in the squad of 15 for the final Test. Sending him to play Vijay Hazare final was a part of that extensive rehabilitation plan," a well-informed source said.