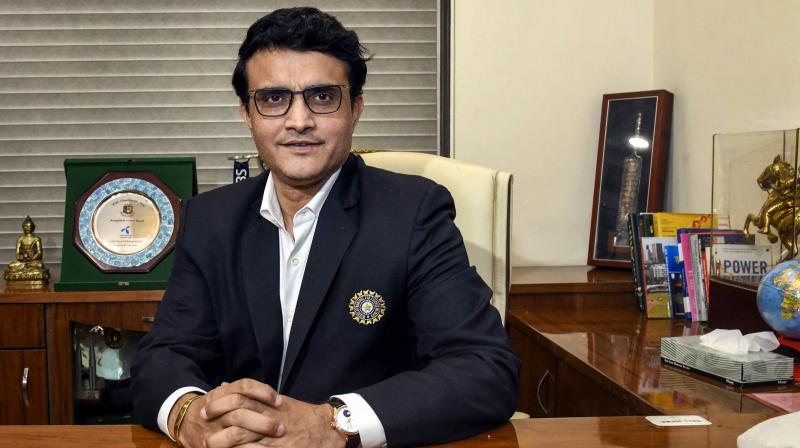 New Delhi: The original petitioner in the 2013 IPL spot-fixing case Aditya Verma will appeal to the Supreme Court to exempt BCCI president Sourav Ganguly's compulsory three-year cooling off period which starts in July.

"Being the original petitioner on whose PIL the whole constitutional revamp happened, I have decided to file a plea that apex court should let Sourav Ganguly and his team (secretary Jay Shah in this case) continue for a term of three years," Verma told PTI on Monday.

As per the new BCCI constitution based on justice RM Lodha committee's reforms, any person who has been an office bearer in state as well as BCCI for consecutive period of six years will have to go for compulsory cooling off period of three years.

In case of Ganguly, a former Cricket Association of Bengal joint secretary and later president, who took over in October, he had roughly nine months in the BCCI office.

Ditto for Shah, who has been the secretary of Gujarat Cricket Association for five plus years, and will also have to go into compulsory cooling off. So why does Verma want to file another petition?

"My entire intention was to ensure BCCI has a transparent functioning. If a person of Sourav's stature can't complete his term, then what's the use?"

The second reason according to Verma is continuity. "The BCCI had been completely mismanaged by the Committee of Administrators (CoA) for nearly three years. Any person coming in charge needs time to put a system in place. Ganguly and his team must be given that time," Verma said.

"If you look at the current scenario. There is a complete lockdown in the country due to COVID-19 pandemic. Supposedly we lose two months of activity, it is unfair on both Ganguly and Shah that they are not given a fair chance to set the house in order. That will be my plea," Verma said.