Grounds such as Hampshire's Ageas Bowl, Headingley and Old Trafford can host Test matches behind closed doors as they are 'bio-secure' 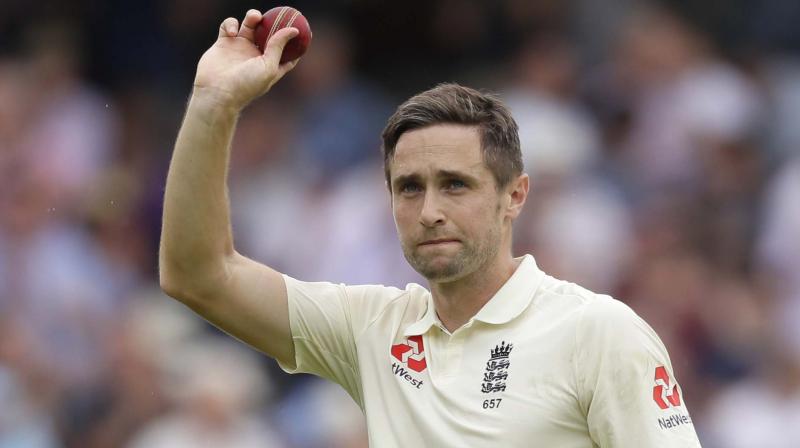 Chris Woakes shows the ball with which he took a match-winning haul as he leaves the pitch after a 143-run against Ireland at Lord's cricket ground in London. AP Photo

Cricket worldwide has been brought to a standstill by the spread of Covid19, with the start of the English season delayed until May 28 at the earliest.

England are meant to begin a three-Test series against the West Indies on June 4 but it now looks increasingly likely those matches will have to be rescheduled, if they are played at all.

Should Britain's current lockdown be relaxed sufficiently to allow cricket to go ahead, Tests could be played behind closed doors at 'bio-secure' grounds such as Hampshire's Ageas Bowl, Headingley and Old Trafford, all of which have on-site hotels where players and officials could be monitored while restricting their access to the outside world.

None of those venues are meant to stage matches in the West Indies series, with the second Test currently scheduled for Woakes's home ground of Edgbaston in Birmingham.

But Woakes told reporters in a conference call on Wednesday: "If players have to be put in quarantine for a period of time...After what the world has been through, if it was at a venue where we stayed on site, players would be happy to do so.

“If it was a three-four-week window, I think guys would be open to do that without too many issues."

The Warwickshire favourite, who said even pacemen such as himself could go from their living rooms into the Test arena in a "minimum" of two weeks if required, added: "I think the players are happy to play behind closed doors if that is the only way for cricket to go ahead in the near future."

But the 31-year-old said Wednesday that other factors were at play.

"I didn't say it at the time, but we're expecting another baby in September and that added to the decision as well.

"My wife wasn't exactly very well at home during that time. The idea of being away from home for three months was going to be too much. I felt family had to come first."

A huge difference in home and away form means World Cup winner Woakes's 33-Test career has largely been a stop-start affair.

Tests in England have seen Woakes average an impressive 23.45 with the ball compared to an expensive 51.68 abroad.

But there were signs of improvement during his two most recent Tests, with Woakes taking four wickets on a flat pitch against New Zealand at Hamilton before Christmas and striking against South Africa at Johannesburg in January.

"I am the first to admit my away record hasn't been as good as my home one," Woakes said.

But he stressed he had made a "breakthrough" under new England head coach Chris Silverwood, who brought in fellow former Test quick Darren Gough to advise the current pacemen.

"In the past I have probably been a bit safe and bowled a bit short whereas actually with the Kookaburra (ball), you still have to give it a chance to move laterally and get it up there," explained Woakes.

"He (Gough) talked me through that and said I needed to bowl a fuller length away from home."

The start of England's tour of South Africa saw the squad laid low by a 'mystery' virus.

Asked if it might have been Covid19, Woakes said: "You do look back on it and kind of wonder I suppose.

Woakes said, however, players then had mostly suffered with diarrhoea-type illness, rather than the persistent coughing associated with coronavirus.

"There are obviously fever-like symptoms as well so it's a tricky one," he said. "But of course, it has crossed your mind."