The Barmy Army fans have already made nine songs to insult Warner and Smith. 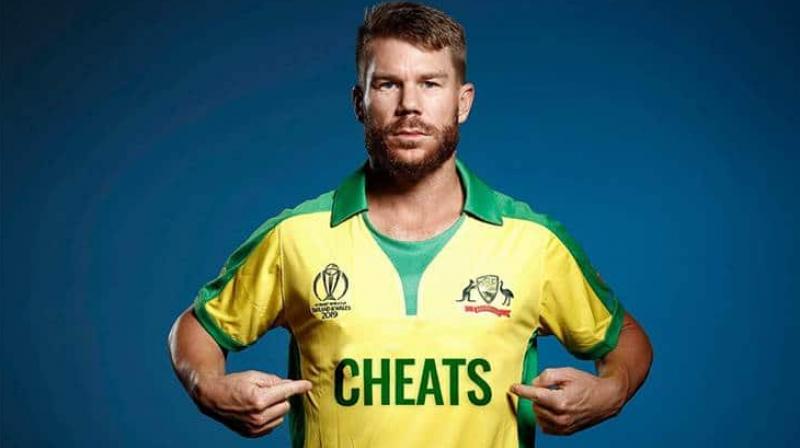 Toronto: England all-rounder Moeen Ali may have appealed to the World Cup fans to refrain from heckling the Australian duo of Steven Smith and David Warner, who are returning for the first time since they both were banned for a year each in the wake of the sand-paper scandal, but the Barmy Army group has them in its sights.

The Barmy Army fans have already made nine songs to insult them.

The Barmy Army uploaded an image doctoring David Warner's jersey by writing "cheats" on it. Not only that, but they also replaced the Australian Cricket Team's promotional photo by replacing the cricket balls in their hands with sandpaper.

Chris Millard, the Managing Director of the Barmy Army Group, speaking exclusively from London, says, ‘we are looking forward to welcoming our old enemy back to English soil this year not only for the World Cup but for the Ashes too. Let’s hope they are ready for a Barmy welcome back to the UK".

"We have lots of fun and games lined up to make their trip to the UK one to remember. We like to think we are on the ball with all cricket news and our excellent photoshop skills came in handy when the Aussies posted their images on social media".

"The ‘cheats’ jersey was a winner and seem to go down with everyone who saw it, you can be assured that is not the last you will hear from us regarding their cheating antics back in 2018. Let the games begin!’, Millard signed off.